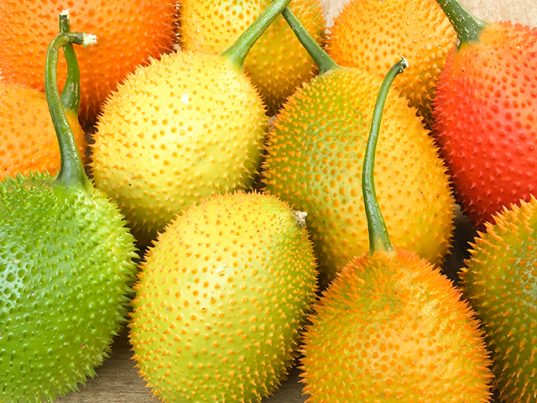 Gac (Momordica cochinchinensis), also known as sweet gourd or baby jackfruit, is a spiky, orange fruit native to Southeast Asia. It is grown and cultivated in Thailand, southern China, and Indo China, where its harvesting season lasts from December to January, or a mere two months every year. Because of this, gac was once largely unknown outside of its native territory. It has since become more popular throughout the globe thanks to its impressive nutritional value and plethora of health benefits. 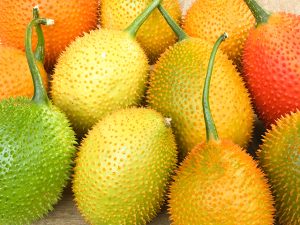 Gac has a high carotenoid content that puts it well above other fruits. Specifically, gac has been shown to contain over 70 times more lycopene than tomatoes and 20 times more beta-carotene than carrots. These carotenoids not only give gac its bright orange color, but they act as free radical-eliminating antioxidants and anti-inflammatory substances as well.

The nutritional content of gac is believed to make it effective in reducing the risk of:

The high antioxidant content of gac makes it an excellent food choice in the prevention of cardiovascular diseases such as stroke, especially when combined with a healthy and active lifestyle.

Due to its high content of lycopene, gac can help fight against prostate enlargement. Gac accomplishes this by increasing lycopene build-up in the prostate and providing protection against the damage that can serve as a starting point for an enlarged prostate.

Because gac has iron, folic acid, and vitamin C, frequent consumption can lessen the chances of developing anemia, as well as overcoming the symptoms typically associated with this condition.

Gac is known to be good for:

The great amounts of beta-carotene make gac very beneficial for maintaining good eyesight and for mitigating the risk of vision-related diseases like macular degeneration or cataracts.

Ways to use gac

The mild-flavored gac is used in a wide spectrum of dishes from Southeast Asia. Most notably, gac serves as a crucial ingredient in the traditional Vietnamese dish xoi gac or red sticky rice, a dish that features in special occasions like birthdays or weddings.

Outside of xoi gac, the fruits, shoots, and flowers of gac are used in chili sauce and rice, as well as Thai curries. Gac shoots are often eaten with fried oyster sauce and shrimp or pork. Gac can be used in glutinous rice dessert too.

Note that the skin and rind of gac are not fit for human consumption, so avoid these as much as possible. Only the pulp and seeds can be eaten without issue.

Gac ranks as one of the best sources of the carotenoids lycopene and beta-carotene. Because of this, gac can deliver a variety of health benefits that include supporting the health of the eyes, heart, and prostate.