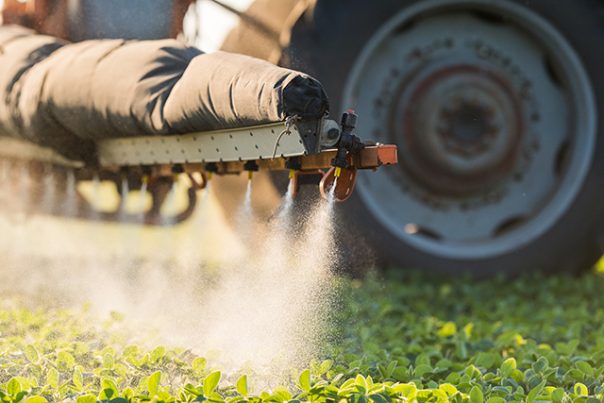 Fluopicolide is a systemic fungicide of the novel chemical class of acylpicolide fungicides and is applied as a foliar treatment to a wide range of crops, including potatoes, vegetables and grape vines.
It controls a wide range of Phycomycete (Oomycete) diseases including downy mildews (Plasmopara, Pseudoperonospora, Peronospora, Bremia), late blight (Phytophthora), and some Pythium species.
Fluopicolide is the common name for 2,6-dichloro-N-[[3-chloro-5-(trifluoromethyl)-2-pyridinyl]methyl] benzamide. There are currently no registered uses of fluopicolide in the U.S. No Codex, Canadian, or Mexican MRLs have been established for fluopicolide.
Fluopicolide has a molecular formula of C14H8Cl3F3N2O. 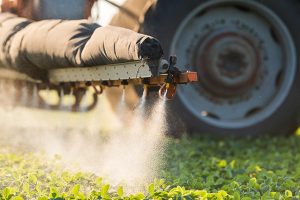 The following are some of the observed symptoms after experimental doses of fluopicolide in animal studies:

The most common side effect observed in animal tests was a decrease in body weight gain.

Fluopicolide is very toxic to aquatic life with long-term effects, according to the online chemistry database PubChem.

Fluopicolide doses mainly target the kidneys and liver. However, fluopicolide was not a skin sensitizer, and is not likely to be carcinogenic to humans.

Items that can contain by fluopicolide

Since there are no existing U.S. registrations for fluopicolide, no fluopicolide residues are expected to occur in drinking water.

How to avoid fluopicolide

Avoid products that contain fluopicolide as an active ingredient. Handlers, mixers and applicators of fluopicolide may be exposed to its fumes in the workplace. The following are some protective measurements to avoid contact with or exposure to fluopicolide:

Fluopicolide is the common name for 2,6-dichloro-N-[[3-chloro-5-(trifluoromethyl)-2-pyridinyl]methyl] benzamide.

Fluopicolide is a systemic fungicide applied as a foliar treatment to potatoes, vegetables and grape vines, to name a few.

Some of the side effects of exposure to fluopicolide  include chemosis, corneal opacities, piloerection, hunched posture and reddened nostrils.