Filariasis – causes, side effects and treatments at NaturalPedia.com 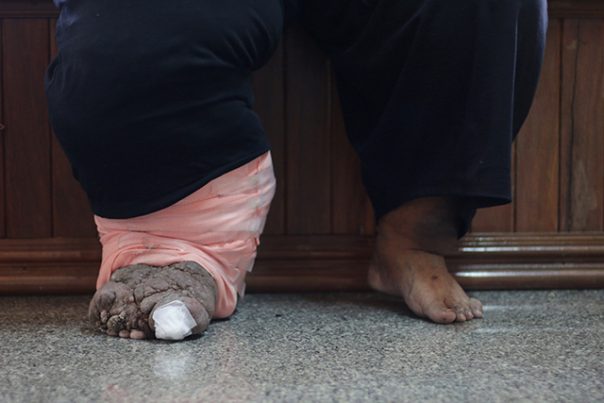 The term filariasis is an umbrella term that describes an infection caused by parasitic roundworms of the superfamily Filarioidea. When it is transmitted to a human host, it invades tissues under the skin and the lymphatic system, and it can cause complications which range from acute inflammation to chronic scarring.

There are various conditions that a person can have depending on the filarial parasite causing the infection. 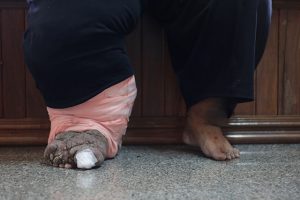 Each specific disease under filariasis has its own unique set of symptoms and complications.

The hallmark symptom of lymphatic filariasis is the swelling of the limbs or genitals, as a result of lymphedema. Other symptoms include the following:

An onchocerciasis infection will result in the following symptoms:

Infections due to loiasis will result in a Cabalar swelling – large subcutaneous edema that is the body’s reaction to the parasite. In some cases, this can affect the conjunctiva, which can irritate the eye.

Finally, a mansonelliasis infection is usually asymptomatic. However, when there are symptoms, this will involve a high fever, itching of the skin, the appearance of skin lumps, and sharp abdominal pain.

Complications from filariasis could be anywhere from asymptomatic to chronic, depending on the severity of the condition. In acute cases, this will lead to changes in the skin, lymph nodes, and lymphatic vessels.

However, chronic cases will involve the development of chronic lymphoedema, also known as elephantiasis. Fluids may also accumulate in the limbs and may also affect the genital organs.

Food items or nutrients that may prevent or relieve filariasis

There are some natural ways to manage filariasis. In Ayurvedic medicine, herbs such as Nityananda Rasa is used. Eating 10 cloves of garlic a day is also helpful in relieving the symptoms.

Treatment and management options for filariasis

Healthcare professionals will recommend antibiotics to treat filariasis. However, in cases where elephantiasis has already occurred, surgery may be considered to manage the condition.

Filariasis is an umbrella term that describes an infection caused by parasitic roundworms of the superfamily Filarioidea. When it is transmitted to a human host, it invades tissues under the skin and the lymphatic system. Complications can range from acute inflammation to chronic scarring. To treat filariasis, healthcare professionals will normally recommend antibiotics or surgery.