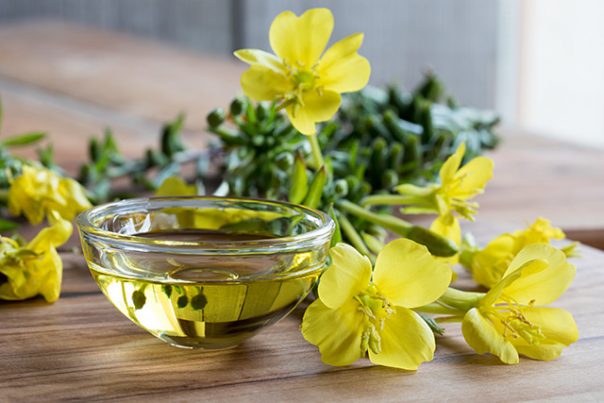 Evening primrose is an edible flowering plant that was given this name because its flowers tend to open its buds at night and closes them again early in the morning. It may also open its flowers during rainy or cloudy days. The plants of the evening primrose species differ in size – some are only around 10 centimeters while some can grow up to two meters in height.

Evening primrose, which is endemic to North America, have stems that have soft hairs, are stout, and are upright. Its leaves smell of lemon, which form a basal rosette at ground level, spiraling alternately upward at about two cm in length. Its tap root is elongated and fibrous, while its flowers are either colored yellow or pink. Its fruit is around 2.5 cm in length and has tiny red seeds that ripen during the fall.

Evening primrose can usually be found growing in neglected corners in the yards and gardens, railway tracks along road sides, empty parking lots, and the like. It is available in cream, capsule, or oil forms. 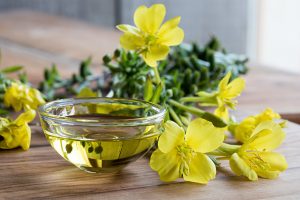 Evening primrose has analgesic and anti-inflammatory properties. It can address the pain from certain skin conditions such as eczema, acne, and psoriasis. The 1987 study titled “Evening primrose oil in the treatment of atopic eczema: effect on clinical status, plasma phospholipid fatty acids and circulating blood prostaglandins”, which was published in the British Journal of Dermatology, showed that atopic eczema patients that were given evening primrose oil showed improvement in the overall severity and grade of inflammation of their wounds.

It can also provide relief to those who are suffering from rheumatoid arthritis, weak bones (osteoporosis), and Raynaud’s syndrome, a condition in which some areas of the body – such as the fingers and toes – become numb and cold in response to stress or cold temperatures.

As a matter of fact, in the 1985 study titled “Evening primrose oil (Efamol) in the treatment of Raynaud’s phenomenon: a double blind study”, which was published in the Journal of Thrombosis and Haemostasis, patients showed significant improvement when they took evening primrose oil.

Evening primrose can act as a sedative. It has a calming effect on the body and can induce a soothing quality to the atmosphere that can help alleviate a gloomy mood.

Evening primrose is good for the endocrine system. It regulates hormone secretion, balancing the production of hormones in different organs to make sure that not one is under- or overproducing.

It even lessens the distressing symptoms of women who have breast cancer. A 2011 study titled “Vitamin E and evening primrose oil for management of cyclical mastalgia: a randomized pilot study”, which was published in Alternative Medicine Review, showed that the daily doses of IU vitamin E and 3,000 milligrams of evening primrose lessened the pain that women with cyclical mastalgia felt.

Evening primrose is good for the respiratory system. It is used to treat whooping coughs.

Ways to use evening primrose

If you like salads, you are in for a treat. Evening primrose’s leaves and flowers can be mixed in salads. They can also be served as the vegetable side dish to meat viands. The seedpods are also a delicious treat when steamed. The roots can be baked and served to taste. It is also highly known for its oil.

Sometimes, however, evening primrose can induce side effects in people, such as bleeding; headache; swelling in the face, throat, or tongue; diarrhea; difficulty in breathing; nausea; rashes; and upset stomach. Pregnant women should not ingest evening primrose.

Evening primrose is good for the respiratory, cardiovascular, nervous, excretory, endocrine, and the female reproductive systems.

Get Our Free Email Newsletter
Get independent news alerts on natural cures, food lab tests, cannabis medicine, science, robotics, drones, privacy and more.
Subscription confirmation required. We respect your privacy and do not share emails with anyone. You can easily unsubscribe at any time.

Get Our Free Email Newsletter
Get independent news alerts on natural cures, food lab tests, cannabis medicine, science, robotics, drones, privacy and more.
Subscription confirmation required. We respect your privacy and do not share emails with anyone. You can easily unsubscribe at any time.
Close
Get the world's best independent media newsletter delivered straight to your inbox.