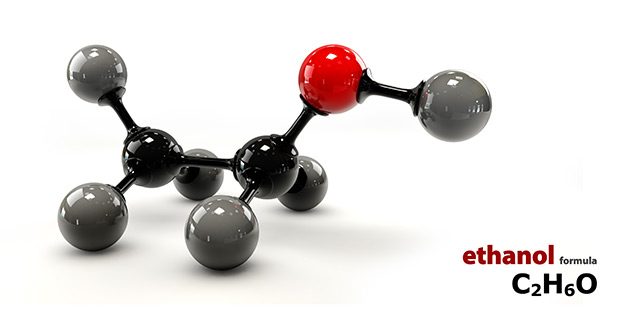 Ethanol is a clear, colorless liquid prepared by the fermentation of sugar or converted starch contained in grains and other agricultural or agri-forest feedstocks. It is a liquid alcohol made of oxygen, hydrogen, and carbon. Ethanol can be manufactured for different applications such as industrial ethanol or fuel grade ethanol. Fuel ethanol is distilled and dehydrated to create a high-octane water-free alcohol. A water-alcohol mixture is not dissolved in gasoline so all water must be removed. Fuel ethanol is not suitable for drinking when a small amount of toxic substance is added, like gasoline. Fuel ethanol is also known as gasohol. It is mixed with gasoline to produce a fuel to be used in gasoline-powered vehicles. On the other hand, ethanol is an essential industrial chemical used as a solvent. In addition, ethanol is also used as an ingredient in alcoholic beverages such as beer and wine.

According to Britannica.com, ethanol can be produced in two processes: the fermentation of carbohydrates, which is used for alcoholic beverages, and the hydration of ethylene. The fermentation process involves the transformation of carbohydrates to ethyl alcohol by growing yeast cells. The main raw materials fermented for the manufacture of industrial alcohol are sugar crops, which include beets and sugarcane, and grain crops such as corn.

Meanwhile, hydration of ethylene is done through passing a mixture of ethylene and a large excess steam at high temperature and pressure over an acidic catalyst.

Pure ethanol is flammable liquid that smells earthy and has a burning taste.

Other names for ethanol include ethyl alcohol, alcohol, methylcarbinol, grain alcohol, and ethyl hydroxide. It has a molecular formula of C2H6O. 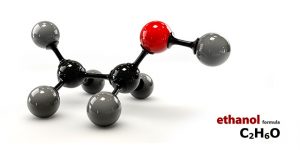 Harmful effects that can be caused by ethanol

Ethanol is harmful because it can be an addictive drug for some people which could lead to alcoholism.

There are a few body systems that can be harmed by ethanol. Ethanol is bad for the central nervous system. Large amounts of ethyl alcohol can cause impairment in coordination and judgment, which could lead to coma and death in worse cases.

Ethanol is bad for the eyes when in contact. It can cause serious eye damage or eye irritation.

Moreover, it is bad for the reproductive system. It can damage fertility or harm the unborn child.

This substance can also cause drowsiness and cancer.

Ethanol is a colorless, flammable liquid that can cause alcoholism to some people.

Ethanol is bad for the nervous, respiratory, and reproductive systems. It can also cause drowsiness and cancer.