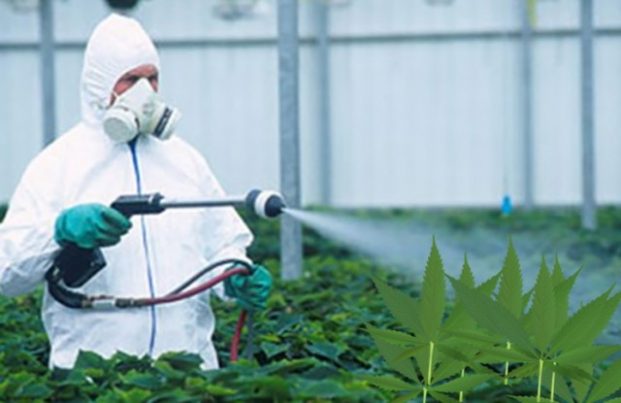 Endosulfan is an organochlorine insecticide and acaricide belonging to the cyclodiene subgroup. This colorless solid acts as a contact poison for a wide variety of insects, like aphids, cabbage worms, and ticks. In addition to its application on food crops, endosulfan can be utilized as a wood preservative as well.

Once widely employed for agricultural purposes , endosulfan is gradually being phased out on a global scale due to the wide array of health complications associated with its usage. These include being an endocrine disruptor, causing acute toxicity, and having the potential to bioaccumulate. All of these factors heave led to more than 50 countries banning endosulfan. Other nations continue to use endosulfan extensively, however, namely Australia, India, and Brazil. 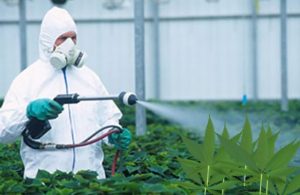 Endosulfan can lead to numerous endocrine issues, including but not limited to competitive androgen receptor binding, and spermatogenic and steroidogenic cycle interference.

Moreover, endosulfan has the possibility to act as a mutagen. According to the Extension Toxicology Network, endosulfan is mutagenic to yeast cells and bacterial cells, and has been observed inducing cellular changes. While the mutagenic effects of endosulfan have been seen in two different animal species, the risk of this chemical affecting humans increases with higher dosages and longer exposure times.

Although not known to persist in the environment for extended periods of time, endosulfan residue has been found in well water, surface water, and even food products like vegetables and milk.

Exposure to fire can result in endosulfan producing corrosive, irritating, and/or toxic gases that include hydrogen chloride and sulfoxides.

Endosulfan can enter the human body via inhalation and ingestion, and through the skin. This means that it can affect the skin, respiratory, and digestive systems. Once inside the body, endosulfan is said to target various organs and organ systems, specifically:

Prolonged or repeated exposure to endosulfan can heighten the negative effects of this chemical on the target organs.

Items that can contain endosulfan

Since its introduction in 1956, endosulfan has gone under a multitude of trade names and been used as an active ingredient in a great range of pesticides. These are:

Exposure to endosulfan typically occurs through the consumption of food and drinking of water containing its residue. To get around this, purchase organic vegetable and fruit products as much as possible, since these tend to free of pesticides.

Those who deal with endosulfan as part of their occupation should make it a point to rigorously follow workplace safety practices. These range from wearing protective work clothing, washing thoroughly and immediately after exposure, and avoiding drinking, eating, and smoking when handling or storing this material. Eye wash fountains and emergency shower facilities should be readily available in the immediate work area.

Endosulfan is a pesticide that’s slowly being phased out of use because of the great range of health issues associated with its use. In addition to being an endocrine disruptor, endosulfan has been known to damage many other organs and organ systems, namely the kidneys, liver, central nervous, and reproductive systems. Its toxicity extends to other organisms as well, as endosulfan can induce varying degrees of toxicity in birds, fish, bees, and aquatic invertebrates.