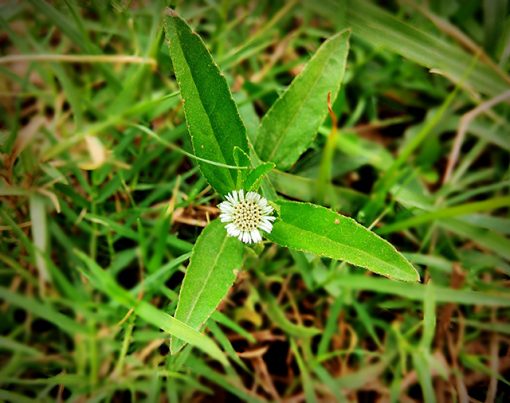 Eclipta, which has the scientific name Eclipta prostata, belongs to the sunflower family and has small yellow, red, blue, or white flowers.

Eclipta, which is more known as false daisy and yerba de tago, is endemic to Brazil, China, India, and Thailand. Eclipta has found its uses in traditional Ayurveda medicine. 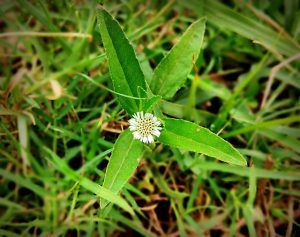 Eclipta is good for the skin. It can serve as treatment for eczema and dermatitis. Applied topically, it can be used to treat insect bites.

Eclipta is good for the hair. It helps strengthen hair follicles, thus preventing hair loss, according to the July 2009 issue of the Journal of Ethnopharmacology. It can also be used to treat dandruff and dry skin due to its scalp-moisturizing abilities and delay the onset of alopecia, or male pattern baldness.

Eclipta has anti-microbial properties. In an article that was published in the May 2011 issue of the Annals of Clinical Microbiology and Antimicrobials, it showed that eclipta can fight off the infections that cancer patients undergoing chemotherapy usually develop including gastrointestinal problems that were caused by Escheria coli, staph infections (whose symptoms include cellulitis, boils, food poisoning, skin infections, toxic shock syndrome) that are caused by Staphylococcus aureus, and boils that are caused by Staphylococcus epidermis.

Eclipta has cancer-fighting elements. According to an article that was published in the June 2011 issue of the Journal of Ethnopharmacology, eclipta has positive effects on the neutralization of liver cancer cells.

Eclipta is good for oral health. Rubbing fresh eclipta leaves on affected gums can help alleviate toothache, leaving researchers to conclude that eclipta has the same pain-relieving effects as codeine and aspirin, making it an alternative treatment to conventional painkillers.

Eclipta is good for the excretory system. It treats liver diseases. In a study that was done to test the effects of eclipta on the liver, researchers injetced rats with a liver toxin called CCL4; those who were treated with eclipta improved their chances of not dying to 77 percent from 22 percent.

It can be used to treat jaundice, a discoloration illness that severely affects the liver and its functionality. It can also be used to improve bladder function due to its diuretic properties that help promote urination.

Eclipta is good for the ocular system. A study recently showed that 7.5 percent of the participants who said they were ingesting three grams of eclipta leaves daily experienced an improvement in their eyesight. Furthermore, its carotene content can get rid of harmful free radicals that cause macular degeneration and cataract formation.

Eclipta is good for the cardiovascular system. According to the teachings of Ayurveda, drinking 15 milliliters of eclipta juice that is mixed with the same amount of milk can reduce high blood pressure.

Ways to use eclipta

Eclipta can be used as a pesticide. A study that was posted on the July 2011 issue of Parasitology Research pondered on the effects of eclipta as an insecticide to fight diseases transmitted through mosquito populations, noting that eclipta manifested larvicidal activity against third instar larvae after 24 hours of exposure, making eclipta an eco-friendly pesticide.

Eclipta is good for oral health.

Eclipta is good for the excretory, ocular, and cardiovascular systems.

Eclipta can be used as a pesticide.