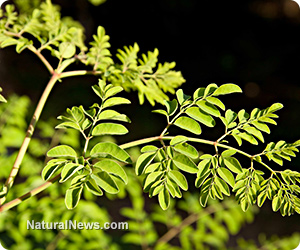 Drumstick tree is a medium-sized, evergreen tropical tree valued for its leaves, fruit pods, and flower buds. According to TheAyurveda.org, the drought-resistant plant is characterized by its small, round leaves and dark green and edible pods. The superfood, is also known as moringa plant, is often considered the miracle tree. 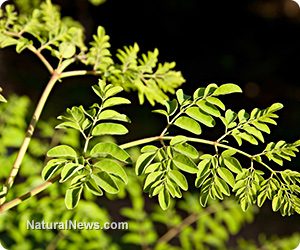 Drumstick leaves and pods are touted for their vast nutrient content. Separate articles posted on the Nutrition and You and Nutrition Value websites lists the essential vitamins and minerals found in drumstick plant, which include:

Drumstick plant or moringa is notably high in antioxidants the rid the body of harmful free radicals that trigger the onset of chronic diseases such as diabetes and heart disease. In fact, a previous study has shown that women who consumed seven grams of moringa leaf powder daily for three months exhibited significantly higher concentrations of blood antioxidants.

The plant is also touted for its beneficial effects on the body’s cardiovascular profile. The plant contain high levels of a powerful antioxidant called quercetin. This compound is known to reduce blood pressure levels. Aside from this, the superfood is also shown to lower blood cholesterol levels and mitigate the risk of developing heart attack.

Moreover, drumstick plant extracts are associated with increased bone density and integrity. The essential minerals in moringa are also found to alleviate arthritis and other bone conditions.The superfood is also shown to address a plethora of neurodegenerative disorders. Aside from this, the plant is known to protect the liver and address a host of digestive diseases.

Furthermore, moringa is shown to alleviate allergies, asthma and other respiratory conditions. The plant is also found to prevent the development of stones in the kidney, bladder, and uterus. The superfood is also known to promote skin and hair health.

Drumstick plant of moringa is beneficial to the heart, bones, and the body’s overall immunity. Likewise, the superfood supports the liver and digestive health, the urinary tract, and the respiratory system. Moringa is also helpful in maintaining healthy skin and hair.

Ways to use drumstick

Drumstick pods are a staple of many Indian cuisine. An article posted on Food.NDTV.com features three South Indian recipes that use drumstick pods. Likewise, an entry on the Huffington Post enumerates ways on using moringa leaves. According to the article, moringa leaves can be made into tea, or can be added to various recipes including soups, rolls and even curry.

Drumstick is beneficial to the heart, bones, and the body’s overall immunity.

Drumstick supports the liver and digestive health, the urinary tract, and the respiratory system.