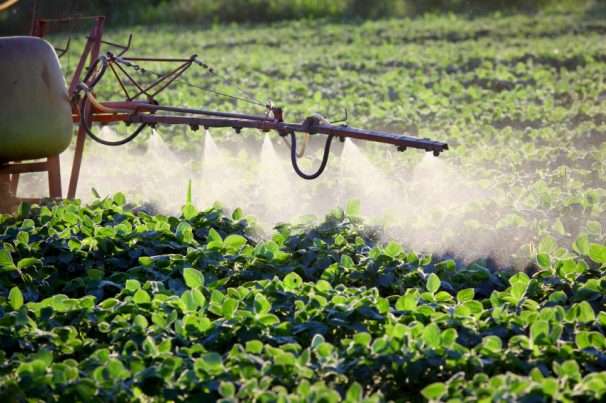 Diquat is a nonselective and fast-acting herbicide that is classified as a dessicant as it causes a leaf or an entire plant to dry out rapidly. An entry posted on the Pesticide Properties DataBase website notes that the harmful substance was first introduced in 1958 and marketed in 1962. Diquat is commonly used to eliminate water lettuce,  water hyacynth, duckweed and pennywort as well as annual bluegrass, fescue, henbit and buttercup. The herbicide is applied to various staple crops such as: 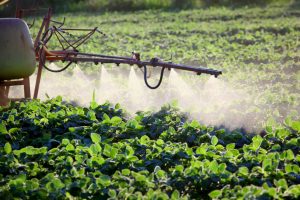 A data sheet published by the National Institute for Occupational Safety and Health (NIOSH) reveals that diquat primarily targets the respiratory tract. According to the NIOSH data sheet, exposure to the toxic herbicide may induce respiratory system distress, rhinorrhea, labored breathing and pulmonary edema. The harmful compound is also known to cause tremors and convulsions.

Diquat ingestion may also result in severe irritation of the mouth, throat, esophagus and stomach. Likewise, the hazardous substance may induce vomiting, diarrhea, severe dehydration and body fluid imbalance. The herbicide is found to cause liver and kidney damage, cataract, pupil dilation and severe skin allergies as well. Moreover, exposure to the toxic chemical may trigger malaise, chest pain and even death.

An entry posted on the Pub Chem website has also revealed that the nonselective herbicide may affect water sources and imperil aquatic ecosystems and animals. The toxic herbicide is known to contaminate soil and groundwater too. Likewise, diquat is recognized as highly toxic to birds and livestock animals such as cows. The hazardous chemical is also detrimental to other beneficial organisms such as honeybees and earthworms.

Diquat is particularly detrimental to both the respiratory tract and the central nervous system. Likewise, the harmful compound is highly toxic to the digestive tract, the kidneys and the liver. The herbicide is found to impact both eye and skin health as well.

Items that can contain diquat

The Extension Toxicology Network website reveals that many trade name herbicides such as Aquacide, Aquakill and Dextrone contain diquat as a key ingredient. Likewise, the toxic chemical is found in other commercially available herbicides including Reglone, Reglox, Reward and Tag as well as Torpedo, Vegetrole and Weedtrine-D. The herbicide, which usually comes in a liquid concentrate formulation, is available in many parts of Europe, Australia and the U.S.

How to avoid diquat

A hazardous substance fact sheet released by the New Jersey Department of Health and Senior Services suggests wearing protective clothing, gloves, and respiratory equipment to mitigate diquat exposure. The safety guidelines also recommend that workplaces install adequate ventilation and provide educational materials and posters to reduce the risk of direct contact with the chemical. Moreover, the data sheet recommends that people exposed to the chemical be taken to an area with fresh air. Victims are also advised to thoroughly wash their eyes and skin should direct contact occur. The fact sheet suggests using vacuum cleaners or adopting a wet method cleaning to reduce workplace exposure at the event of an accidental spill.

Diquat is detrimental to both the respiratory and the central nervous systems.

Diquat affects the digestive tract, the kidneys, eyes and skin.