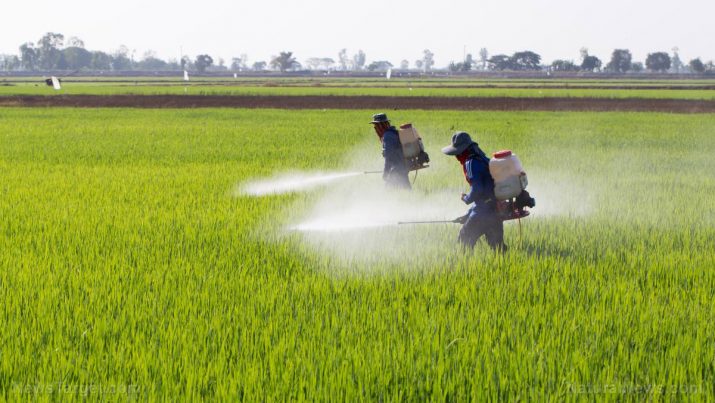 Dichlorvos, also known as DDVP, is a synthetic, organic chemical most commonly used as an insecticide. This chemical doesn’t occur naturally and is instead manufactured. Creating dichlorvos usually involves producing a reaction between trimethyl phosphite and chloral ; dichlorvos can be created by heating up trichlorfon as well. In its purest form, dichlorvos appears to be a dense, colorless liquid with a slightly sweet aroma.

The main applications of dichlorvos are to control the insects that invade food storage areas and greenhouses, and to eliminate the parasites that pester livestock. Other uses included killing the pests that frequent homes and workplaces, as well as those that harm pets.

In 2012, the European Union (EU) opted not to grant dichlorvos biocide approval for use as an insecticide. This because dichlorvos was assessed to have numerous hazards that could compromise the health of living organisms and damage the environment. 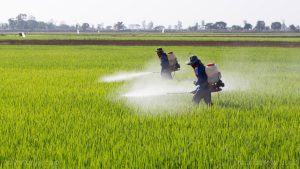 As an organophosphate insecticide, dichlorvos is considered to be a cholinesterase inhibitor or anticholinesterase agent. Insecticides of this type inhibit the activities of the cholinesterase enzyme, which in turn leads to an accumulation of acetylcholine. When this happens, an array of health complications can arise. Dichlorvos is no exception, and has been linked to all kinds of health problems, many of which are largely dependent on the route of exposure. For example, inhaling dichlorvos can result in:

Skin contact, on the other hand, can cause localized sweating and involuntary muscle contracts. Eye contact, meanwhile, can lead to blurred vision, pupil construction, and lacrimation or tearing up. Regardless of the route of entry, persons who’ve been affected by dichlorvos can experience a variety of other symptoms, such as:

Severe dichlorvos poisoning can cause irregular heartbeats, involuntary defecation or urination, convulsions, or even death.

Prolonged and repeated exposure to dichlorvos has been found to induce chronic toxicity. Workers who came into contact with this chemical over extended periods of time were reported to have experienced the symptoms of acute dichlorvos exposure, and many others that manifest with constant exposure, namely:

Dichlorvos is suspected of causing cancer, though its carcinogenic potential has only been observed in animals so far. Mice dosed with dichlorvos were discovered to have developed stomach tumors, while rats developed leukemia and pancreatic acinar adenomas. Because of these studies, dichlorvos is possibly carcinogenic to humans.

Although dichlorvos doesn’t accumulate in the environment nor in the bodies of living organisms, it remains a substance toxic to several animals. In particular, studies have shown dichlorvos to be highly toxic to birds, fish, aquatic invertebrates, and bees.

Coming into contact with acid or being heated can cause dichlorvos to emit toxic fumes that contain chloride and phosgene, a type of poisonous gas that can damage the eyes, nose, throat, lungs, and skin.

Dichlorvos is a cholinesterase inhibitor, and therefore primarily targets the nervous system, as its mode of action greatly impedes proper nerve function. Though far from just affecting the nervous system, dichlorvos has been observed causing harm to other organs and organ systems, primarily:

Items that can contain dichlorvos

In addition to being called DDVP, dichlorvos has been sold under many more trade names. These are:

Those who are employed in facilities that manufacture dichlorvos should take extra care to minimize dichlorvos exposure, specifically:

Dichlorvos is an insecticide that’s both a cholinesterase inhibitor and suspected carcinogen. Inhaling, ingesting, or coming into direct contact with this chemical has been linked to a wide array of health problems that range from dizziness to abdominal pains to convulsions to death. Dichlorvos largely targets the nervous system, though it’s been known to cause systemic injuries in some cases and can impact the liver, respiratory system, and skin.