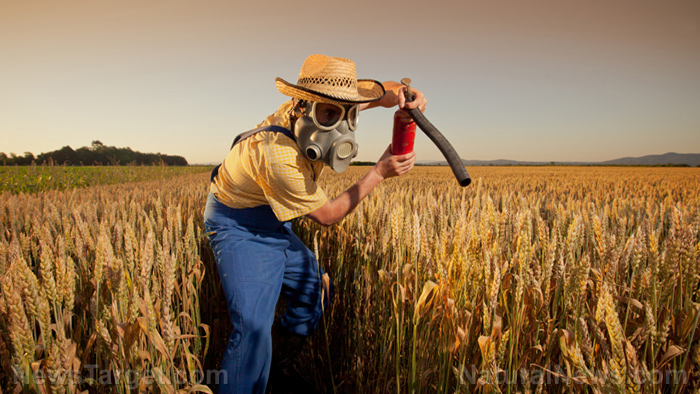 An entry posted on the Pesticide Properties DataBase website classifies dazomet as a broad-spectrum pre-plant soil fumigant that is used to control nematodes, soil fungi, weed seeds and soil insects including wireworms and cutworms. The toxic compound is first introduced in 1967 and is commonly used in a variety of crops and applications such as:

An entry posted on the Toxicology Data Network website reveals that the harmful chemical may compromise the respiratory system’s overall health. According to the article, dazomet may trigger the onset of acute respiratory distress syndrome, cough and labored breathing. The hazardous compound is also associated with an increased risk of gastrointestinal irritation,  nausea, chest pain, and scratchy throat as well as diarrhea, weakness, headache, and malaise. Dazomet exposure is also tied to severe skin irritation, skin sensitization, itchy eyes, and blurred vision.

Furthermore, a Pub Chem article has also revealed that the toxic chemical may pollute waterways and affect aquatic ecosystems and certain animal species such as fish, invertebrates, and crustaceans. Likewise, dazomet is detrimental to aquatic plants, algae, and sediment living organisms. The insecticide is also recognized as highly toxic to birds, mammals and other beneficial animals such as honeybees and earthworms.

Dazomet may negatively affect muscle health, the respiratory tract, and the central nervous system. Likewise, the toxic compound is known to target the digestive tract, the eyes, and the skin.

Items that can contain dazomet

Dazomet is the primary chemical component in many commercially available insecticides such as Basamid Granules, Mico-Fume, and Mylone. The compound, which comes in granule formulations, is widely used in many parts of Europe, Australia, and the United States.

A safety data sheet released by the National Institute for Occupational Safety and Health (NIOSH) suggests wearing protective clothing, gloves, and respiratory equipment to lower the odds of chemical exposure. Likewise, the data sheet recommends that work spaces install adequate ventilation to reduce the risk of direct chemical contact. The safety guidelines also note that people exposed to the harmful chemical should immediately go to an area with fresh air and thoroughly wash their eyes and skin with plenty of water. Victims who ingested the harmful chemical are advised to seek immediate medical attention.

Dazomet also targets the digestive tract, the eyes, and the skin.