Cushing syndrome – causes, side effects and treatments at NaturalPedia.com 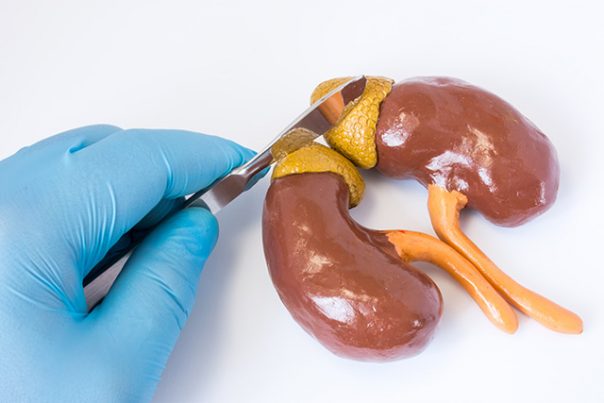 Cushing syndrome is a condition that develops when the body has a high level of the hormone called cortisol. This hormone helps regulate blood pressure and the immune system, helps balance the effect of insulin, and helps the body respond to stress.

Taking too much glucocorticoid or coticosteroid medicine is the most common cause of Cushing syndrome, such as prednisone, dexamethasone, and prednisolone. These drugs are commonly used to treat various conditions, such as asthma, skin inflammation, cancer, bowel disease, joint pain, and rheumatoid arthritis. This form of Cushing syndrome is known as the exogenous Cushing syndrome. Glucocorticoids imitate how cortiisol works.

Cushing syndrome can also occur because their body releases too much cortisol, which is made in the adrenal glands. Other causes of the syndrome include Cushing disease, which develop when the pituitary gland produces too much of the adrenocorticotropic hormone (ACTH); tumor of the adrenal gland; tumor in any part of the body that makes corticotropin-releasing hormone (CRH); and tumors elsewhere in the body that makes ACTH. Cushing syndrome is also known as hypercortisolism. 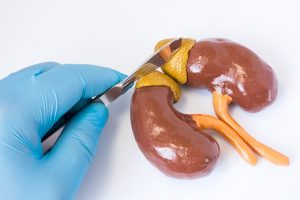 Known side effects of Cushing syndrome

According to the National Institutes of Health (NIH), individuals with Cushing syndrome can have upper body obesity, rounded face, increased fat around the neck, and relatively slender arms and legs. Other side effects of the condition occur in the skin, which makes it fragile and thin, bruise easily, and heals poorly. In addition, purple or pink stretch marks may develop on the abdomen, thighs, buttocks, arms, and breasts. People with the condition may also have weakened bones, in which routine activities may result in back pain and rib or spinal column fractures. Other common side effects of Cushing syndrome include severe fatigue, weak muscles, high blood pressure, high blood sugar, increased thirst and urination, irritability, anxiety, depression, and a fatty hump between the shoulders.

Moreover, people with Cushing syndrome may face some complications, such as osteoporosis, diabetes, more frequent infections, and higher risk of unusual infections.

The main body system harmed by Cushing syndrome is the endocrine system because it is a collection of hormonal disorders.

List of foods or nutrients that prevent Cushing syndrome

There is no information on what foods or nutrients can prevent Cushing syndrome. However, there are foods that can help treat the condition, such as burdock root, dandelion tea, ginseng, reishi mushrooms, high-protein foods, spinach, magnolia bark, avocados, and oily fish like salmon, mackerel, and tuna.

There are several treatment and management plans for Cushing syndrome, depending on what caused the condition. If it is caused by glucocorticoid medicine, your health care provider will slowly and carefully decrease its dose. If the body is producing too much cortisol because of a tumor, treatments for this may include medication, surgery, radiation, chemotherapy, or a combination of these treatments. If tumors developed in the pituitary gland, the most common treatments for this are surgery, radiation therapy, chemotherapy, and drug therapy. Lastly, if a tumor grew in your adrenal gland/s, a surgery may be need.

Cushing syndrome is a condition that develops when the body has a high level of cortisol.

Cushing syndrome can be treated with surgeries, radiation therapy, chemotherapy, and drug therapy.