Cryptorchidism – causes, side effects and treatments at NaturalPedia.com 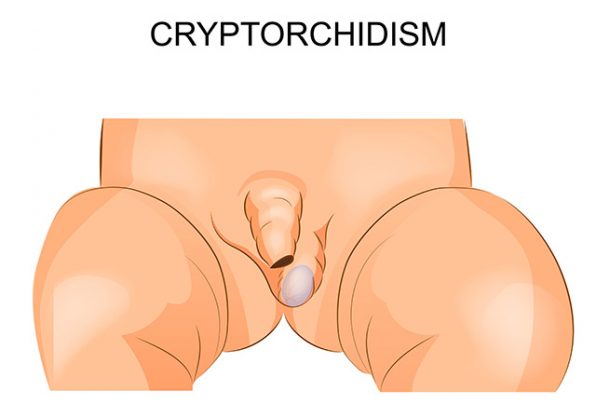 Cryptorchidism is a condition in which one or both testicles in a male infant fail to shift from the abdomen (where the sexual organs develop) down into the scrotum before he is born. It literally means ‘hidden testis’ or ‘obscure testis’. It’s also known as undescended testicles (UDT).

It is the most prevalent genital problem encountered by pediatricians. Cryptorchidism is fairly common in infants who were born prematurely. It occurs less often in full-term babies. 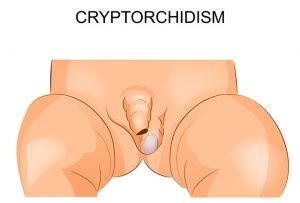 Known side effects of cryptorchidism

The following risk factors are linked to cryptorchidism:

The following side effects may result because of cryptorchidism:

Cryptorchidism primarily affects the reproductive system. The digestive system may also be involved if an inguinal hernia is present. The testicles are the most commonly affected organs, although the spermatic cord is also at risk due to testicular torsion and the vas deferens may be at risk after surgery.

Foods and nutrients that may prevent cryptorchidism

Foods rich in manganese and vitamins E and D were also highly recommended.

Manganese is a requisite for proper brain function. It helps regulate the pituitary gland. Leafy greens, nuts, legumes and whole grains are excellent sources of the mineral.

Vitamin E plays an important role in the production of hormones. It also helps protect the pituitary gland from damaging free radicals. Cold-pressed vegetable oils such as safflower, canola, corn, olive, cottonseed, and soybean contain plenty of the vitamin.

Vitamin D plays a role in the pituitary gene expression, cellular growth and the ability to secrete hormones. Fish liver oil from halibut and cod is bursting with the vitamin. It is also found in milk, butter, cheese, cream, egg, margarine, and yogurt.

If the child is suffering from cryptorchidism, a surgical operation called orchipexy is recommended before he reaches 12 months. The surgeon gently transfers the testicle via the abdominal opening and down into the scrotum before stitching it in place. Hormone treatments to increase testosterone levels might also be an option.

Cryptorchidism is a condition where the testicles of a male infant fail to descend from the abdomen to the scrotum.

Cryptorchidism harms the reproductive system, specifically the testicles and spermatic cord, and may involve the gastrointestinal system if an inguinal hernia occurs.

Cryptorchidism can be managed through surgeries, hormone treatments, and a healthy diet.