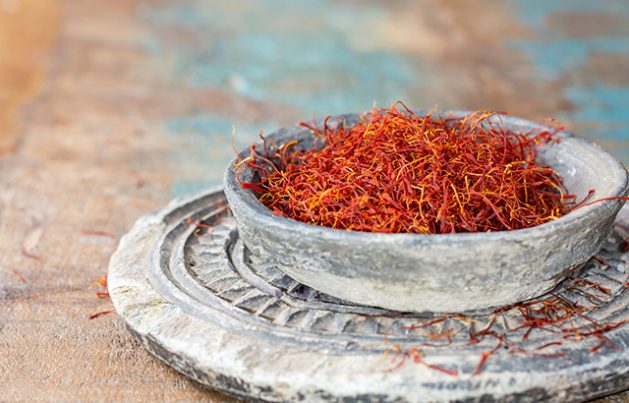 Crocin, which can be obtained from cape jasmine (Gardenia jasminoides) and which consist of carotenoids and geniposides as active principles, physically binds to a wide range of cellular proteins such as enzymes involved in adenosine triphosphate (ATP) and redox homeostasis and signal transduction, membrane transporters, and structural proteins.

Crocin is highly soluble in hot water, emitting an orange-colored solution. It is also soluble in ether, alcohol, and other organic solvents.

Crocin, as well as its aglucone derivative, crocetin dimethyl ester, is important in the sex process of algae of the Chlamydomonas group. It is also used as a food dye, an antioxidant, an experimental antidote in snake bites, and a laboratory reagent.

Crocin is safe at a dose of 30 milligrams per day for up to eight weeks. Doubling this dosage (60 mg) could result in negative effects to the body, such as vaginal bleeding, a decrease in white blood cell count, and being an abortifacent.

Crocin is not recommended for pregnant women as studies show that it can cause embryonic malformations. 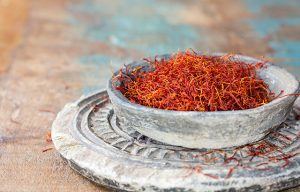 Crocin has cancer-fighting abilities. It inhibits the activity of carcinogenic cells or tumors and encourage the growth and development of healthy cells and lymphocytes, which are immune cells that help combat against cancer.

Crocin has the ability to induce puberty in girls whose puberty stage has been delayed. It can stimulate hormones, and has been reported to induce menstruation in young girls.

Crocin has antidepressant properties. Studies show that crocin, at the recommended dose, can be effective in treating depression and works comparable to the selective serotonin reuptake inhibitor (SSRI) drug fluoxetine. The studies were done in Iran, which produces 90 percent of the world’s saffron, a spice that is rich in crocin.

Crocin has anti-inflammatory and analgesic properties. It also has anticoagulant properties, all the better to prevent instances of hemorrhages.

Crocin is good for the central nervous system. It gears the brain for learning and improves memory retention. It is also an essential ingredient when it comes to treating age-related mental deterioration. In Japan, crocin is bottled up and utilized for the treatment of brain cell inflammation, memory loss, and Parkinson’s disease. It can also be used to treat insomnia.

Crocin is good for the digestive system. It can benefit colon cancer patients – studies show that taking crocin can lengthen the lives and decrease the cancer cells in people who are afflicted with colon cancer.

Crocin is good for the excretory system. Telomerase activity of hepatic cancer cells decrease after treatment with crocin, meaning the possibility that these cancer cells would just vanish has been opened. It can also affect the gene expression profile of bladder cancer cells and treat cisplatin-induced acute renal failure.

Crocin is good for the cardiovascular system. It can lower blood pressure and and treat hypertension. It also protects against cardiac toxicity.

Crocin is good for the respiratory system. Studies show evidence that it can cause apoptosis to lung cancer cells.

Crocin can be used to treat insomnia.

Crocin is good for the digestive, excretory, cardiovascular, respiratory, and nervous systems.