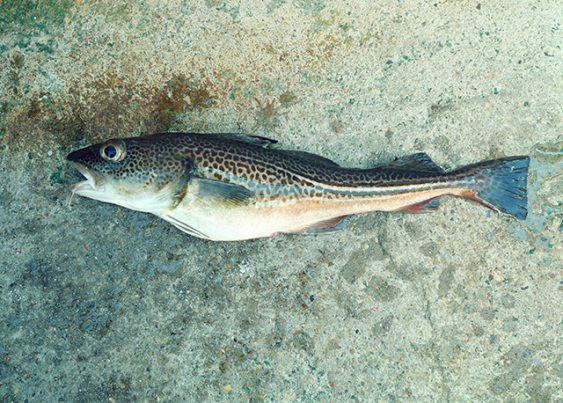 Cod, which have the scientific name Gadus morhua, are light-colored fish that belong to the family Gadidae, which also has haddock and monkfish as members. Only one letter is missing in cod to form the word “cold”, and that’s funny because cod live in the deepest, chilliest waters of the Arctic.

Cod were fish that were commercially important during the Middle Ages in Europe, as cod were easy to preserve – preservation techniques like drying, salting, and smoking work extremely well on them. Nowadays, the cod market comes from North America, Iceland, Greenland, and Norway. 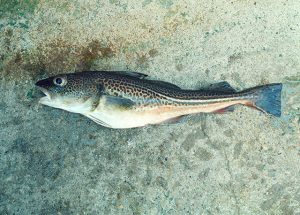 Fish, especially those that live in cold waters like cod, are good for people who are suffering from atherosclerosis and diabetic heart disease. Cod are also a good source of omega-3 fatty acids, vitamin B6, and vitamin B12, all of which are needed to keep homocysteine levels in the body low for homocysteine breaks down blood vessel walls and enhances the risks of heart attacks and strokes.

A diet rich in docosahexaenoic acid (DHA), which cod contain, was found to prevent the development of Alzheimer’s disease, a paper that was published in the journal Neuron by researchers at the University of California, Los Angeles School of Medicine showed.

Fish that are rich in omega-3 fatty acids, such as cod, can prevent macular degeneration, which can lead to vision impairment or even blindness.

The selenium in cod has anti-inflammatory properties that can help to prevent migraines, asthma attacks, rheumatoid arthritis, and osteoarthritis.

A recent study showed that an increased intake of cod can lessen instances of childhood asthma and incessant wheezing. To be specific, the prevalence of sneezing in children (who participated in the study) who had low intake of cod was almost 20 percent while it was only present in 4.2 percent in children who ate a steady diet of cod.

The omega-3 fatty acids in cod can improve heart function when the person ingesting cod is also maintaining a healthy lifestyle by exercising, watching his weight, and getting eight hours of sleep every day.

Cod increase heart rate variability (HRV), or the variation in time interval between heartbeats, which determines proper heart muscle function. In a study led by Dr. Fernando Holguin of the Emory University School of Medicine in Atlanta, Georgia, people who received a daily two-gram supplement of fish oil experienced an increase in HRV over the next 2.7 weeks, as compared with people who had daily soy oil supplements, who experienced an increase in HRV only after 8.1 weeks.

More on heart health: Circulation, the journal of the American Heart Association, published a study that showed eating fish that are rich in omega-3 fatty acids, such as cod, on a daily basis can greatly decrease your chances of getting coronary heart disease. Another study that was published in the same journal showed that eating broiled or baked cod one to four times a week decreased the risk of incurring atrial fibrillation – irregular heartbeat or arrhythmia that can cause strokes, blood clots, or heart failure – by 28 percent.

It is important to note that the cod that was consumed by the participants was either baked or broiled and not fried. Research shows that eating baked or broiled fish is linked with having slower but more powerful heart beats and lower blood pressure, while eating fried cod is linked with higher blood pressure, heart muscle motion abnormalities, lower cardiac output, and a reduced ejection fraction. Ejection fraction refers to the amount of blood that is pumped out of the ventricles with each contraction.

Ways to use cod

For more interesting ways to cook cod, visit this site.

A recent study showed that an increased intake of cod can lessen instances of childhood asthma and incessant wheezing.

Cod are good for people who are suffering from atherosclerosis and diabetic heart disease.