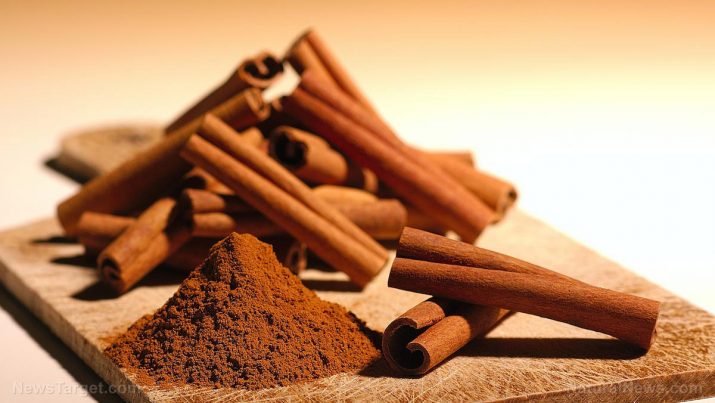 Cinnamon is a spice made from the inner bark of several tree species belonging to the genus Cinnamomum, a member of the Lauraceae family. There are two main types of cinnamon: Ceylon cinnamon or “true cinnamon” (Cinnamomum verum) and Cassia cinnamon or Chinese cinnamon (Cinnamomum aromaticum). Cassia cinnamon is the variety typically used in food products in the United States and Western Europe, since Ceylon cinnamon, or “true cinnamon”, is quite expensive. Apart from being one of the most popular spices in the world, cinnamon is also one of the oldest spices, having been used in Ancient Egypt to embalm bodies and in ancient China as a botanical medicine to treat conditions like epilepsy. 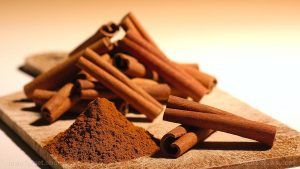 Cinnamon is packed with substances that give it powerful medicinal qualities. Cinnamaldehyde, the compound that gives cinnamon its distinct scent and flavor, is largely responsible for the effects of this spice on overall health and metabolism. Thanks to cinnamaldehyde and the different substances and nutrients, cinnamon can be used to treat or prevent:

Cinnamon has been known to protect and nourish many of the body’s systems and organs, specifically:

Ways to use cinnamon

Cinnamon is a perfect addition to savory and sweet recipes. For savory meals, feel free to add cinnamon to curries, burritos, and nachos to imbue them with unique flavors. For sweet dishes, use cinnamon to give cookies, breads, and pastries an extra kick.

Cinnamon can be purchased in stick, powdered, or ground forms. While cinnamon sticks can be stored longer, ground and powdered cinnamon have stronger flavors. Regardless of which type of cinnamon is bought, all of them need to be stored in a cool, dry, space to keep for months. The best place to pack away cinnamon is a tightly-sealed container in the refrigerator.

Note: Cassia cinnamon has high levels of coumarin, an organic compound that can damage the liver. Ceylon cinnamon has considerably less coumarin, and is therefore the safer kind of cinnamon, albeit pricier.

The antibacterial, anti-fungal, and anti-microbial qualities of cinnamon have made it a spice effective against a multitude of diseases. For example, cinnamon can help with the symptoms of IBS, such as bloating, and may even clear the intestines of the harmful bacteria causing the condition in the first place. Cinnamon can also be used in the treatment of candida, which is the most common type of yeast infection that results from fungal overgrowth.

Cinnamon has anti-inflammatory and anti-spasmodic properties as well, which can make it an effective tool in easing the pain associated with PMS.

Cinnamon has been used to treat skin conditions like eczema and acne. Moreover, cinnamon is known to stimulate collagen production, making the skin look younger and firmer.

Pregnant women should avoid taking large amounts of cinnamon daily. This is because cinnamon can induce uterine contractions and even premature labor.