Cholera – causes, side effects and treatments at NaturalPedia.com 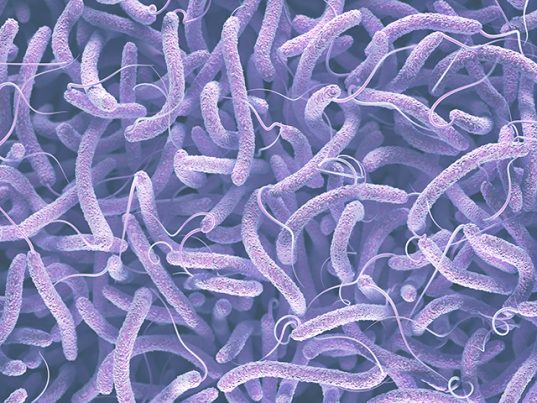 Cholera is an acute bacterial infection of the small intestine brought by the bacteria Vibrio cholerae — which enters the body through ingestion of food or water contaminated by it. The disease spreads when bacteria from an infected person is discharged to the environment — where it can remain for at least 10 days and affect others. While V. cholerae enters the body through contaminated food sources, it can also exist in coastal waters and brackish rivers. As such, the disease is more common in parts of the world with inadequate water and sewage treatment and poor hygiene.

The disease was discovered by Robert Koch in 1883, during the middle of an outbreak in Egypt. He then began studying the disease, finally isolating the causative bacteria and finish his work much later after traveling to India.

The earliest known cases of cholera occurred in the Indian subcontinent, where it originated and spread from the Ganges-Brahmaputra Delta in Bengal during the early 19th century. Since then, it has spread around the world, causing six pandemics throughout the decades, with millions in casualties.

According to the World Health Organization, the world is now on the seventh cholera pandemic, which started in Indonesia in 1961 and has spread globally ever since.

Known side effects of cholera

Most people with cholera will exhibit little to no symptoms of the disease. However, for the small number of people that do, these will manifest within 12 hours to five days after initial contact with the microbe — most common of which is “rice-water stools,” explosive watery diarrhea that looks like water that was used to wash rice, as well as fishy-smelling stools. Aside from these two, other symptoms usually include:

Due to severe fluid loss, a person with cholera can become severely dehydrated as well, the signs of which are:

In addition, the rapid loss electrolytes and fluids can prove fatal for many patients.

On top of affecting the gastrointestinal system, cholera can affect other organ systems too. Failing to provide adequate treatment can result in low potassium levels and kidney failure, meaning that cholera puts the heart and kidneys at risk as well.

Food items or nutrients that may prevent cholera

There are no foods that can prevent cholera. However, severely dehydrated cholera patients should be given water to drink in small amounts while undergoing rehydration therapy. Juices, soft drinks, and other fluids should be avoided until the patient has fully recovered. Moreover, a cholera patient should only resume a normal diet once vomiting has completely stopped. This means staying away from solid foods and uncooked foods in the meantime.

Zinc supplements have been shown to diminish the severity and duration of diarrhea among children with cholera. The researchers behind the study that looked into this found out that administering zinc supplementation in conjunction with rehydration therapy and antibiotics significantly reduced diarrhea. As such, zinc supplements are often given to cholera patients.

In addition to zinc supplementation, other common treatment options for cholera patients include oral rehydration therapy and antibiotics. Oral rehydration therapy is intended to prevent and treat dehydration caused by diarrhea and typically involves drinking water with some sugar and salt. Antibiotics are usually reserved for more severe cases of cholera, though it’s not recommended for children with cholera due to potential musculoskeletal side effects. Moreover, antibiotics shouldn’t be given to large groups of people because of the risk of bacterial resistance.

Fortunately, cholera is a preventable disease. Those who plan on traveling to areas where cholera has occurred should:

Cholera is a serious bacterial infection caused by drinking water or consuming food contaminated by fecal bacteria. The majority of people with cholera will show no outward symptoms of the disease. In severe cases, the affected person will experience diarrhea, dehydration, muscle cramps, and vomiting. Treating cholera will entail oral rehydration therapy, zinc supplements, or antibiotics.

This disease is rarer in areas where modern sewage and water treatments are the norm. As such, cholera is commonly found in countries that lack proper sanitation and hygiene. To avoid cholera while in these places, make it a point to practice hand washing, avoid raw and uncooked foods, and drink bottled or boiled water only.