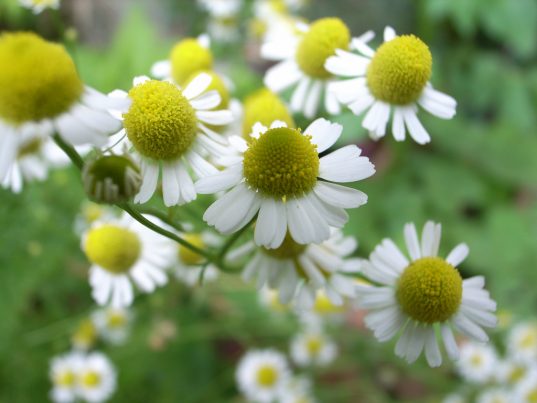 Chamomile is a well-known herb that is commonly infused in teas. Chamomile belongs to the same plant family as daisies, and are native to Asia, Europe, Australia and North America. The flower blooms during early summers. The golden-colored chamomile tea, one of the most popular teas to date, has been used for hundreds of years for various illnesses. 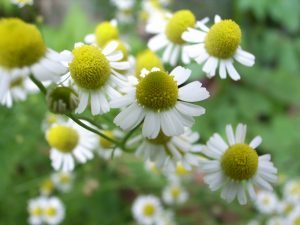 Chamomile, and its derivative tea, is valued for its nutritional value and medicinal benefits. Chamomile contains important vitamins and minerals including:

Chamomile is perhaps best known to relax the nervous system and promote sleep. In fact, the herb has been used as a primary treatment for insomnia for hundreds of years. A study published in 2011 supports the efficacy of chamomile in inducing sleep. “Chamomile is widely regarded as a mild tranquilizer and sleep-inducer. Sedative effects may be due to the flavonoid, apigenin that binds to benzodiazepine receptors in the brain. Studies in preclinical models have shown anticonvulsant and CNS [central nervous system] depressant effects respectively,” the researchers wrote in the journal BMC Complementary and Alternative Medicine. Aside from this, chamomile is a renowned remedy for migraine attacks.

In addition, drinking chamomile tea is an excellent way to regulate blood sugar levels in patients with diabetes. According to previous studies, chamomile tea mitigates hyperglycemia, which in turn reduces the risk of vision, nerve, and kidney damage in diabetes patients. Likewise, chamomile is found to contain antispasmodic and anti-inflammatory properties that alleviate stomach cramps. Chamomile tea is also known to ease muscle spasms and menstrual cramps. Aside from these, chamomile is notably effective in relieving irritable bowel syndrome and hemorrhoids.

Furthermore, chamomile tea is valued for its immune system benefits. The antibacterial properties of chamomile help stave off infections such as common colds or flu. On the other hand, the herb’s anti-inflammatory properties are found to ease swelling caused by muscle overuse or injury. Chamomile is also a popular remedy for a host of skin conditions. The herb is known to be significantly more effective than topical creams in relieving sunburn, rashes, eczema, and insect bites. The abundant antioxidant supply in chamomile fends off free radicals that trigger the onset of acne. The anti-inflammatory effects of chamomile are known to treat dark circles around the eyes, and tighten and lighten the skin. Chamomile is also known to speed up wound healing.

Chamomile is especially beneficial to the digestive system and the nervous system. The herb is also touted for its positive effects on the muscular system and the immune system. Likewise, chamomile supports skin health.

Ways to use chamomile

Apart from the usual tea, chamomile can also be incorporated in a variety of beverages. Yummly.com has curated various chamomile recipes across the web.

Chamomile boosts the immune system and staves off a variety of skin conditions.