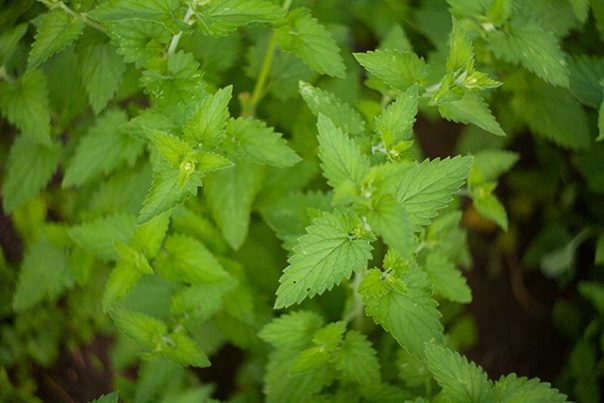 Catnip, which has a scientific name of Nepeta cataria, is widely regarded in the field of homeopathic medicine. Nepeta comes from Nepeti, which is a town in Italy where catnip originated from. The cataria comes from cat, which refers to the domesticated animal and which catnip has some special effect on. The effects range from the cat taking pleasure in eating catnip to the cat taking pleasure in rolling in it. Recent research, however, debunked this common belief – it showed one-third of cats in the world don’t respond to catnip in this way.

Catnip belongs to the mint family of Lamiaceae. It has heart-shaped and toothed leaveswhich are full of downy hairs, especially on the undersides, lending it a grayish-looking appearance. Catnip’s small, tubular, and two-lipped flowers grow in spirals or concentric circles that become more dense as they reach the peak. Catnip’s flowers are usually white to lavender with reddish-purple spots.

Catnip, a perennial, is also called catmint or catswort. 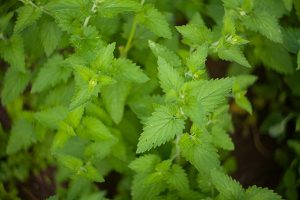 Catnip has diaphoretic properties, which means it can induce sweating to people who ingest it. Sweating can facilitate the elimination of harmful toxins in the body, which opens up the possibility of an increased metabolism that aids in the fat-burning process.

If you are stressed or anxious, a cup of catnip tea might help you regain some sense of control and comfort. Want a good night’s sleep? Take catnip. It has the reputation of being able to alleviate insomnia or sleep restlessness. Due to its function as a sedative, catnip was also recently suggested as treatment for children who have attention deficit hyperactivity disorder (ADHD).

On a lighter note, it was said that what makes cats so attracted to catnip has something to do with its sedative effects – cats get “high” on catnip.

Catnip has antioxidants that fight off harmful free radicals in the body, which are the ones that cause the lines and sags in the face and body that are indicative of premature aging.

Menstrual cramps can be alleviated by taking catnip tea. It is also a natural emmenagogue, which means it can induce blood flow in the pelvic area and the uterus, thereby regulating menstrual flow in women who have irregular periods.

Catnip can also treat common allergies like colds, fever, and the flu; as mentioned earlier, catnip has diaphoretic properties. In this case, the sweating caused by catnip is good for people with fever. This is because sweating facilitates the eradication of harmful toxins in the body. Another thing that catnip is good for is its antipyretic properties, or the ability to combat fever.

Catnip can also contribute to a faster healing process of wounds by speeding up the process of tissue repair. It can even help alleviate headaches.

Catnip’s astringent as well as antiseptic properties makes it a viable option for treating dandruff.

Your kidneys can be well-benefited by catnip, as a catnip tea induces urination, which is good for removing kidney waste.

Catnip helps to regulate and boost gastric juice secretion, thereby maintaining the proper functioning of the digestive system. Its antispasmodic properties is also good for giving relief to cramps, indigestion, and other gastrointestinal disorders. It also eases flatulence.

Due to its calming effect, catnip is also good for the nervous system, and can be a good remedy for nervous-related conditions like vertigo and Alzheimer’s and Parkinson’s disease.

Ways to use catnip

Catnip’s strong scent makes it a good insect repellent. In a 2001 study that was published by the American Chemical Society, it was found out that catnip contains nepetalactone, a chemical compound that causes the herbal plant to acquire an aromatic scent that wards off insects.

Oils can be extracted from catnip which can be used as a potpourri concoction for aromatherapy. Catnip can also be drank as tea or juice.

Catnip’s astringent as well as antiseptic properties make it a viable option for treating dandruff.

Your kidneys can be well-benefited by catnip, as a catnip tea induces urination, which is good for removing kidney waste.

Catnip can also contribute to a faster healing process of wounds by speeding up the process of tissue repair.