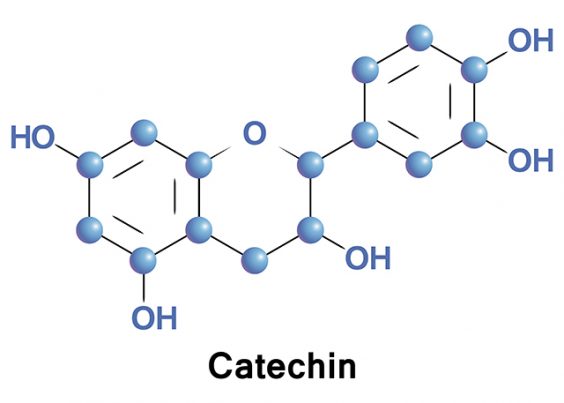 Catechins are antioxidants commonly found in abundant levels in green tea leaves. These potent antioxidants can also be found in red wine, chocolate, apples, and berries. According to a Wise Geek article, the health benefits of catechins have been studied since the 1990s. 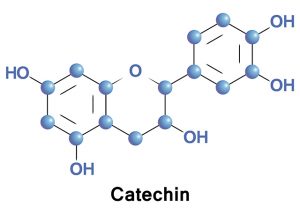 Catechins are powerful antioxidants that are best known for their potential in cancer management and prevention. For instance, a large study of 18,000 Chinese men revealed that those who drank catechin-rich green tea frequently are found to be 50 percent less likely to develop stomach cancer compared with those who did not.

The catechins in green tea are also touted for their positive effects on brain health. According to an article posted on the Health Line website, catechins help improve brain function and mitigate the risk of Alzheimer’s disease onset. Various studies have previously demonstrated that catechins help protect the neurons from damage, thus cutting the risk of the cognitive disorder. Likewise, catechins are found to reduce the risk of suffering from Parkinson’s disease.

The powerful antioxidant compounds are also known to fend off a plethora of bacterial infections. The catechins found in green tea are shown to possess antibacterial properties that effectively eliminates bacteria and inhibit viruses. This, in turn, decreases the risk of viral infections such as influenza. In addition, catechins are touted to inhibit the growth of streptococcus mutans, a harmful bacteria that causes plaque formation, dental caries, and tooth decay.

People suffering from joint pain and arthritis may also greatly benefit from this potent compound. An entry featured on the Botanical Online website noted that catechins are shown to possess strong anti-inflammatory effects that help relieve the painful condition that hits the bones and joints.

Moreover, catechins are valued for their beneficial effects on the body’s overall cardiovascular profile. These antioxidants are known for their antithrombotic properties that mitigate the risk of harmful blood clots. This slashes the risk of developing certain cardiovascular conditions such as atherosclerosis, coronary heart disease, and high cholesterol. Catechins are also shown to increase the antioxidant capabilities of the blood, which in turn prevents cholesterol oxidation and improves blood circulation.

Catechins are found to boost the digestive health as well. The catechins in green tea are found to induce short-term increases in the body’s metabolic rate and facilitate healthy weight loss. In fact, a previous study of 240 men and women reveals that those who drank green tea for 12 weeks displayed marked improvements in body fat percentage, body weight, waist circumference, and abdominal fat.

Catechins are particularly beneficial in improving the body’s overall well-being. The compounds are known to support brain health and enhance the cardiovascular profile. Likewise, the powerful antioxidants fortify the immune system and relieves diseases of the bones and joints. Catechins also benefits the digestive health and circulatory system.

Catechin supports the brain, the heart, and the bones.

Catechin benefits both the immune and digestive systems.