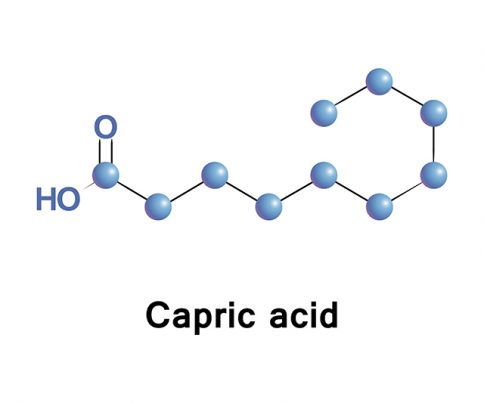 Capric acid is a naturally occurring fatty acid that can be found in small amounts in animal fats and milk and in certain plant oils such as palm and coconut oils. The compound’s name is derived from the Latin word caper, which means goat. Capric acid, also known as decanoic acid, is found in significantly high concentrations in goat milk that gives it its distinct goat-like odor.

According to a Wise Geek entry, capric acid can either be white crystals or a transparent, colorless or pale-yellow liquid when in its refined form. The entry also noted that the compound is commonly used as an antimicrobial pesticide in commercial food handling. Likewise, the nutrient is traditionally utilized in the production of cellulose products, dye, flavoring, and lubricating grease as well as medicine, perfumes, specialty soaps, and synthetic rubber.

The Environmental Protection Agency (EPA) categorizes capric acid as a generally-recognized as safe (GRAS) compound. Agency documents show that the nutrient’s toxicity profile demonstrates no significant risks of systemic toxicity for humans even at relatively high doses. The EPA has also noted that capric acid occurs extensively in nature and does not pose any environmental risk.

Tropical oils such as coconut oil and palm kernel oil contain significantly rich levels of capric acid. The nutrient can also be found in small amounts in cow’s milk. 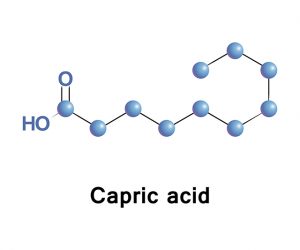 Capric acid is touted for its many health benefits. For instance, an article posted on the Live Strong website noted that capric acid works with other medium-chain fatty acids such as lauric acid and caprylic acid to increase good cholesterol levels while simultaneously reducing bad cholesterol rates.

The compound is also found to improve the digestive system’s overall health and function. Capric acid is touted to stimulate the pancreas into releasing adequate insulin. This is especially beneficial to diabetes patients who rely on daily insulin injection, as the nutrient may effectively reduce, if not eliminate, their dependence on insulin shots.

Gallstones and parasites are also among the digestive health issues that can be addressed using capric acid. Previous studies have shown that the intestinal parasite giardia lamblia becomes inactivated when exposed to milk patty acids containing the compound.

Likewise, a study carried out by researchers at the Mayo Clinic and the University of Wisconsin Hospital reveals that the monoglycerides and diglycerides in capric acid help break down gallstones.

Capric acid is also valued for its strong antiviral and antibacterial properties. The nutrient is converted into monocaprin, a derivative that fends off viruses, bacteria and the yeast Candida ablicans.

A 2004 study conducted by a team of researchers at the University of California-Davis has demonstrated that capric acid helps protect children against infections and toxins. Likewise, researchers at the University of Iceland have observed that capric acid is the most effective compound in eliminating three strains of C. ablicans.

A study carried out in the Philippines has also shown that capric acid is remarkably efficient in killing human immunodeficiency virus (HIV) in lab cultures. The discovery marks the first time that a cheaper and safer alternative to antiretroviral drugs showed potential in the treatment of acquired immune deficiency syndrome (AIDS), an article on the Coconut Oil Central website noted.

Capric acid and other medium-chain triglycerides are metabolized faster and processed more quickly in the liver, which in turn can be used an an energy source to bolster exercise and induce healthy weight loss.

Capric acid is essential in promoting heart health and improving the digestive profile. Likewise, the beneficial compound helps fortify the body’s defenses against bacteria and viruses.

Capric acid lowers the odds of both bacterial and viral infections.

Capric acid is beneficial to the heart, the digestive and the immune system.