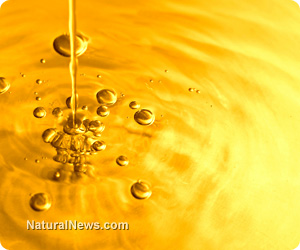 Canola oil is the edible oil extracted from the seeds of the rapeseed plants. The plant belongs to the same family as cruciferous vegetables like cabbage, Brussels sprouts and cauliflower. The term canola, which stands for Canadian oilseed- low acid, is coined from the modified plant species developed by Canadian researchers. 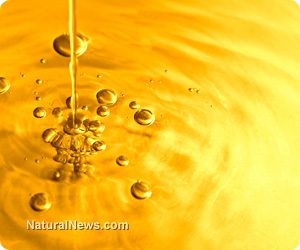 Canola oil is loaded with important components that help improve the body’s overall health. According to the Nutrition and You website, canola oil contains:

Canola oil is found to possess heart-healthy benefits due its high omega-3 and omega-6 content. According to the Organic Facts website, canola oil’s omega-3 and omega-6 ratio is 2:1, which appears to be the healthiest fatty acid distribution among vegetable oils. This ratio is even healthier than that of olive oil, the article notes. Additionally, the phytosterols found in canola oil are known to inhibit the body’s cholesterol absorption. As a result, this lowers cholesterol levels by 10 to 15 percent.

The cholesterol-lowering properties of canola oil is naturally beneficial to the cardiovascular system’s overall health. Canola oil is touted to prevent cholesterol from clogging the arteries and mitigate excessive strain on the cardiac muscles. This, in turn, reduces the odds of developing various cardiovascular diseases such as atherosclerosis, heart attack and stroke.

In addition, canola oil is notably rich in antioxidants such as vitamin E, which counter the harmful effects of free radicals that cause cell mutation. The superfood’s abundant antioxidant content reduces the odds of developing cancer, and delays progression in those who already have the disease. Likewise, the antioxidants in canola oil are found to improve cell and mucus membrane integrity. This bolsters the body’s defenses against foreign substances.

Moreover, the rich antioxidant supply in canola oil ensures that the body’s metabolic rate remains normal. Aside from this, canola oil is touted to improve cognitive function and prevent free radicals from causing brain damage. This makes canola oil the go to superfood against debilitating conditions such as Alzheimer’s disease and dementia.

Furthermore, the monounsaturated fats in canola oil are notably effective in maintaining healthy blood sugar levels. This, in turn, reduces the likelihood of developing diabetes. Likewise, incorporating canola oil to a low glycemic load diet may bolster blood sugar control in patients with type-2 diabetes. Additionally, previous studies show that canola oil is beneficial in the treatment of lupus, an autoimmune disease that destroys the skin and joints.

Canola oil is also useful in preventing a vast number of skin and hair conditions including:

Canola oil’s cholesterol-lowering properties improve heart health. Likewise, the superfood is beneficial to the body’s metabolism and is a potent food fare that protects the brain from damage. In addition, canola oil helps fortify the immune system and improve the skin and hair health.

Ways to use canola oil

Canola oil possesses a neutral taste and light texture, which make it ideal for sauteing. These qualities make canola oil a popular salad dressing as well. Canola oil is also the preferred oil in making margarine, spreads, creamers, and shortening. Likewise, the oil is the most commonly used oil in baking and deep-frying.

Canola oil is beneficial to the heart, the brain, the skin, and hair.