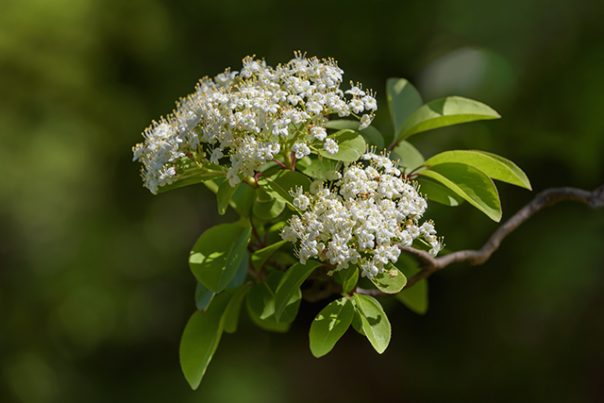 Black haw (Viburnum prunifolium), also known as stag bush or sweet haw, is a deciduous shrub native to the eastern and central parts of the United States. These plants bear creamy white flowers that are prized by gardeners, and reddish-brown bark valued by Native American tribes for their medicinal properties. To be more precise, their medicinal properties regarding gynecological issues. 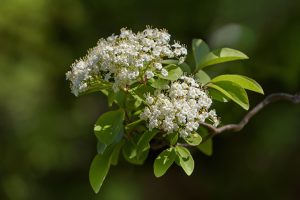 The beneficial constituents in black haw include:

As a result of these active compounds, black haw is said to have medicinal qualities that range from antispasmodic to sedative to astringent to nervine.

Black has is believed to help soothe painful symptoms of health ailments like:

As was previously mentioned, black haw can serve as a natural remedy to issues concerning the female reproductive system. Most notably, dysmenorrhea, premenstrual syndrome, menopause, and even the pains that follow childbirth. This is thanks to black haw relaxing the muscles and encouraging them to work efficiently increasing the circulation due to the uterus and aiding the body in reducing tension and anxiety through its mild sedative effects. All of these qualities contribute to the efficacy of black haw.

Black haw combined with other herbs like chaste berry or patridge berry can serve as a good preventive measure against miscarriage. Together, they can stop contractions and uterine cramping during the early stages of pregnancy. However, this is best done under the supervision of a seasoned herbal medicine practitioner.

The potent antispasmodic effects of black haw extend to other parts of the body as well. In particular, black haw can be taken for relief from diarrhea, bladder spasms, and colic.

Moreover, the sedative and relaxant qualities means that black haw can reduce the risk of hypertension. Black haw relaxes the blood vessels so that blockage is less likely to occur.

Black haw can nourish and support:

Ways to use black haw

To make a decoction of black haw, simply combine one teaspoon of dried root bark with one cup of water in a stainless steel pain then bring to a boil. Cover, reduce heat, then allow it to simmer for 10 minutes. Strain, then consume a half-cup either thrice a day or once every three hours. Black haw tea can be combined with ginger and/or motherwort to enhance its effects.

One other way to enjoy black haw is as a drink, like in the refreshing and delicious recipe shared by BellyBytes.com. This juice is said to go well with hot buttered biscuits, toast, and bagels. In addition to beverages, black haw is a versatile enough plant that it can be turned into a conserve, relish, jam, or jelly.

Note that black haw can often be confused for cramp bark (Viburnum opulus), a plant of the same genus with properties similar to black haw. Unlike black haw, however, cramp bark is not endemic to the United States and is instead distributed throughout Europe and Asia. Their differences do not stop there, however, as their chemical makeup is quite similar, so black haw and cramp bark can be used interchangeably or together.

In addition, individuals who are allergic to aspirin are cautioned against taking black haw due to their similar effects on the body.

Black haw can prevent and minimize the symptoms of ailments relating to the menstrual cycle, such as dysmenorrhea, menopause, and premenstrual syndrome.

Moreover, black haw can be used to remedy hypertension, diarrhea, bladder spasms, and colic too.