Buerger’s disease – causes, side effects and treatments at NaturalPedia.com 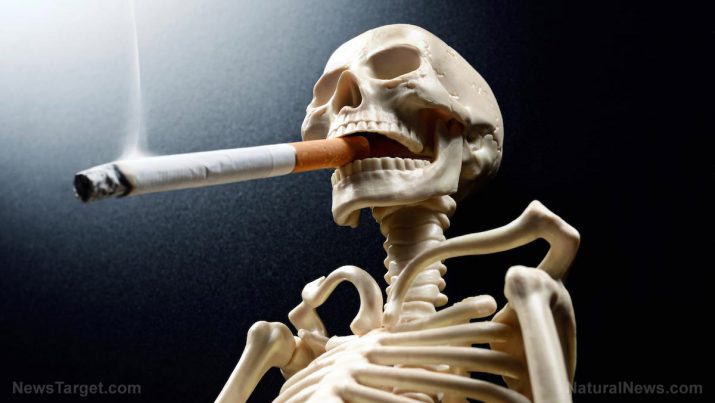 Buerger’s disease is caused by inflamed arteries and veins in the arms and in the legs. The inflammation leads to narrow and blocked blood vessels, resulting in a reduced blood flow and damage to the affected tissues. This disease is highly associated with cigarette and tobacco use – some component of tobacco poisons cells. A person with Buerger’s disease only aggravates it as he continues to smoke; the symptoms, however, are decreased once the person quits the habit. Other causes include genetics, blood clots (from other causes), and poor blood circulation.

This disease is quite rare in the U.S. and in Europe, but is common in Middle Eastern countries and in Asia. In order to diagnose Buerger’s disease, the physical symptoms (as mentioned below) are the primary basis. Tests such as angiography and other noninvasive techniques may also be used to confirm a diagnosis. 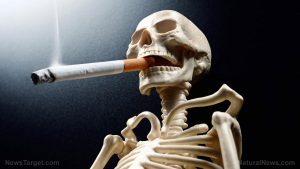 Buerger’s disease is primarily an internal condition, but its side effects are mostly seen externally. These symptoms include skin ulcerations, gangrene (tissue death), acrocyanosis (bluish or purple coloring of hands and feet), and amputation of fingers and toes. Buerger’s disease also causes arterial thrombosis, vasculitis, and intermittent claudication (pain or cramping in the extremities).

Buerger’s disease affects the skin, the fingers, hands, arms, toes, feet, and legs. It may also lead to cardiovascular and respiratory complications due to the restriction of blood flow.

Food items or nutrients that may prevent Buerger’s disease

To improve symptoms and prevent progression, health experts recommend quitting smoking. This is also the best way to avoid its onset. To note, smoking also causes diseases in the lungs, heart, and vascular system. There is no reason to not quit smoking.

Living in an area with a cold climate helps with the pain in the fingers, hands, arms, toes, feet, and legs (natural numbing).

Staying hydrated and keeping an active lifestyle helps people with Buerger’s disease cope with the symptoms. Activities that increase blood flow are essential to reversing the disease’s symptoms.

Food rich in vitamin B help with problems with the nerves. It is also known to reduce numbing and the tingling sensation in extremities.

Eliminate indulgences in alcohol, coffee, black tea, and processed foods high in unhealthy fats and carbohydrates. Keeping a healthy nutritional habit will help a person with Buerger’s disease cope with its symptoms.

While Buerger’s disease may not have any cure, there are medications and medical treatments to minimize its symptoms.

Medicines that dilate blood vessels, dissolve blood clots, and calcium channel blockers, are some examples of medication for Buerger’s disease.

Alternate compression and decompression of the arms and legs increases the blood flow in the extremities, as well as exercise (some as simple as walking).

Buerger’s disease is a smoking-caused disease in which the person experiences skin and nerve problems from toxins in cigarettes and tobacco.

Buerger’s disease has no cure, but is treatable.

Buerger’s disease can be prevented by quitting smoking.