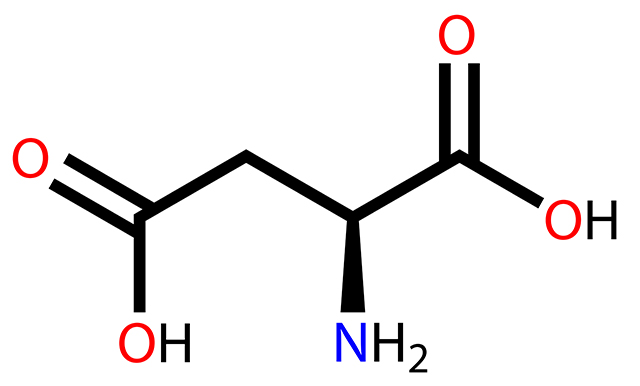 Deficiencies of aspartic acid are rare and are typically present in individuals struggling with an eating disorder, suffering from malnutrition, or are on low-protein diets. A sufficient lack of calcium and magnesium have been associated with low aspartic acid levels too. Aspartic acid deficiency is usually marked by poor physical ability, chronic fatigue, and weakened stamina.

On the other hand, excessive intake of aspartic acid may result headaches, diarrhea, and damaged neurons due to the overproduction of neurotransmitters. 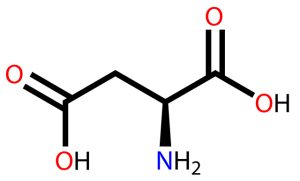 Aspartic acid is largely known for the its positive impact on metabolism, and as such is used as a treatment for chronic fatigue. This amino acid works by increasing the amount of chemical fuel being generated by cells. The higher the amount of chemical fuel coming from cells, the more energy an individual has. Aspartic acid has even been linked to improved stamina and endurance in athletes.

Aspartic acid can be useful for individuals suffering from poor concentration. Similar to cells, aspartic acid increases the amount of nicotinamide adenine dinucleotide (NADH) present in the brain. NADH powers cellular activity, and in the case of the brain, it facilitates the increased generation of chemicals and neurotransmitters that are necessary for mental functioning. Moreover, aspartic acid can assist in the removal of ammonia, a toxin that has been found to be harmful to the liver, nervous system, and the brain.

Another important role that aspartic acid plays is in gluconeogenesis, or the fabrication of glucose from non-carbohydrates. Aspartic acid helps ensure that the blood sugar levels don’t drop too low and result in hypoglycemia, which is more likely to occur during fasting, low-carbohydrate dieting, or after intense exercise.

In addition to ammonia, aspartic acid removes many other excess toxins that can cause serious damage to the body.

One other essential function of aspartic acid is in the transportation of minerals to cells for the formation of healthy DNA and RNA.

Aspartic acid is a proteinogenic, non-essential amino acid most known for being used to prevent or treat chronic fatigue, poor concentration, and hypoglycemia to an extent. It protects the brain, liver, and nervous system from damage by toxins like ammonia. Aspartic acid supports the reproductive and immune systems too.