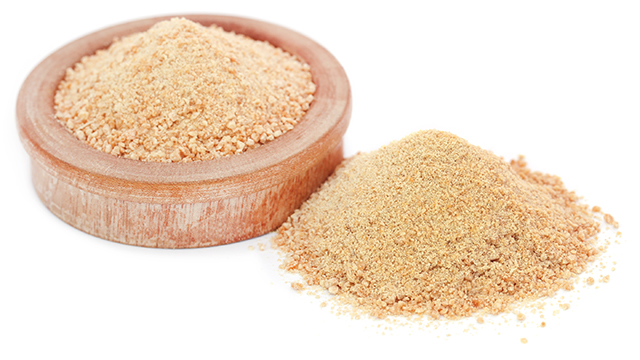 Asafoetida, which has the scientific name Ferula assa-foetida, is a pungent spice that is utilized in cooking, particularly in Indian cuisine. It is endemic to central Asia, specifically Afghanistan, Pakistan, eastern Iran, and India. Its name comes from the Persian word aza meaning “resin” and the Latin word foetidus meaning “smelly”, which is indicative of the plant’s rather unpleasant and annoying odor.

The asafoetida plant can grow up to two meters in height, has a large and bulbous rhizome, and finely divided green leaves. It can fertilize itself as has both male and female flowers. The plant part that holds the chief importance is the oily gum resin – which is obtained from four- or five-year-old plants that have not bloomed yet – containing the essential oil that finds its uses both as food and medicine.

American chemist and food science author Harold McGee said asafoetida comes from the scrapings of the exposed root of a plant in the carrot family, which is then dried and ground, resulting in a tan-colored powder that we can pour over dishes. The aerial parts of the plant – stems, leaves, and flowers – can be cooked as vegetables.

Asafoetida should be sealed in an airtight container as it can leave a lasting effect on nearby spices and foods. If it is kept in storage in a warm, dry, and safe place, it should last for about a year. 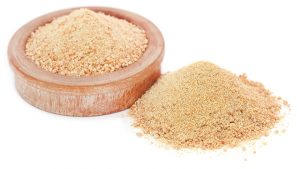 In ancient times, asafoetida’s pungent odor was believed to be what made the plant so medicinal. Because of this belief, it became common practice in some European countries to provide small children with small cloth bags containing the herb that they could place over their chests to protect them against infectious diseases, especially the flu and the common cold.

Asafoetida has been utilized as an herbal medicine in East Asia as a diuretic and expectorant. It can regulate blood pressure levels and lower cholesterol in the body.

Asafoetida is good for the digestive system. It can be used as treatment against intestinal worms, cramps, belching, colic due to intestinal gas, and convulsions.

Asafoetida is good for the nervous system. It can create a calming effect, acting as an agent to ward off hysteria.

Asafoetida is good for the reproductive system. It has a reputation as an aphrodisiac in Iran.

Asafoetida is good for the respiratory system. It has properties that are essential for treating bronchial asthma, bronchitis, whooping cough, and other respiratory issues.

Ways to use asafoetida

Asafoetida works to make dishes savory and gives meals a full-bodied flavor by channeling the flavor of egg, garlic, onions, and even meat. As it is famous in Indian dishes, it finds its uses with turmeric in lentil dishes like dal and a whole slew of vegetable meal offerings.

Safe dosages for asafoetida include the following: as infusion or tea (one to two cups daily); commercial pills or capsules (follow the manufacturer’s instructions); emulsion (four parts powdered resin to 100 parts water); powdered resin (0.3 to one gram, three times daily); and tincture (½ to one teaspoon daily).

Consumers are warned, however, that an asafoetida overdose can result in flatulence, nausea, a burning sensation in the digestive tract, burning urination, burping, diarrhea, dizziness, headache, indigestion, swelling of the lips, and vomiting.

Asafoetida is good for the nervous, reproductive, respiratory, and digestive systems.

Asafoetida had been utilized as an herbal medicine in East Asia as a diuretic and expectorant.