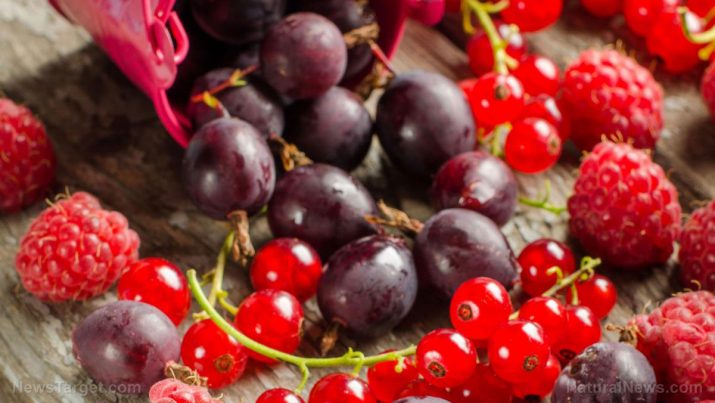 Anthocyanins are water-soluble phytochemicals with a typical red to blue color. They belong to the group of flavonoid, a powerful group of antioxidants. They are highly pigmented phytonutrients that can only be found in plants.

They can be found in tissues of plants such as leaves, stems, roots, flowers, and fruits. They also occur mainly as glycosides of anthocyanidins such as cyanidin, delphinidin, peonidin, pelargonidin, petunidin, and malvidin.

Anthocyanins can be found in numerous plants, typically those in blue, red, or purple color. High levels of anthocyanins are present in acai, blackcurrant, blueberry, bilberry, cherry, red grape, and purple corn. Despite not having a yellow color, bananas are also a great source of anthocyanins. 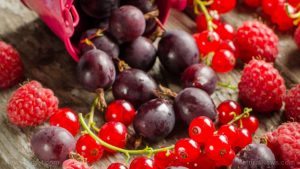 There are several medicinal uses for anthocyanins. One of its uses is it improves heart health. Studies show that anthocyanins help reduce the risk of heart disease in women. Another study in 2013 found that women 18 years or older greatly reduced their risk of suffering from a heart attack in middle age when consuming three or more servings of food rich in anthocyanins three or more times a week. Women who consumed anthocyanin-rich foods once a week dramatically reduced their risk of death from cardiovascular diseases.

Anthocyanins are believed to have such effect on reducing heart disease risk because they decrease blood pressure and prevent arterial stiffness.

They also help boost cognitive function. Since anthocyanins are antioxidants, they are great in slowing age-related degeneration of brain function and memory.

Anthocyanins are also good for cold and flu prevention. Elderberry, a fruit high in anthocyanins, is commonly used in herbal medicine to treat cold and flu symptoms. A study found that the anthocyanin content in elderberry was similar to the effects of Tamiflu.

This flavonoid can also prevent cancer. Preliminary studies are promising that anthocyanins may be an effective way to prevent the development of several different forms of cancer. An animal study found that berries fed to rats helped to inhibit tumor growth in the esophagus of rats exposed to carcinogens. Several studies found that anthocyanin-rich foods helped prevent the development of breast, prostate, colon, and oral cancers.

Anthocyanins also support several body organs and systems. One of these is the eyes. Tests suggested that anthocyanins may help night vision and improve overall visual acuity. A study showed that taking bilberry and black currant anthocyanin supplements temporarily increased the vision of 36 patients.

They also support the brain as it improves cognitive function. A study found that rats fed with anthocyanins were less likely to suffer from memory loss and motor function degradation. It is believed that they help reduce loss of brain fat, a marker in brain aging.

Anthocyanins are also anti-inflammatory because they prevent blood vessel damage. Studies suggested that they may be useful in fighting chronic inflammation. Another study found that anthocyanins had the strongest effect of any flavonoid on allergy relief.

Anthocyanins increase blood sugar metabolism. Studies show that they may positively affect the abnormal collagen production, a side effect of diabetes that contributes to poor blood sugar control.

They may also be useful in treating ulcers because they protect the stomach by increasing stomach mucus and gastric juice secretion.

Anthocyanin, a type of flavanoid, which are typically blue or red in color. It helps in preventing cancer, diabetes, and cardiovascular diseases. It also supports eye and heart health.