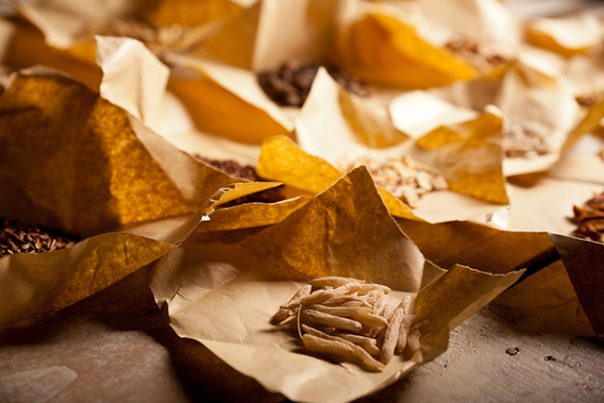 Anemarrhena is an ornamental herb that is native to Japan and the northern regions of China. The herb belongs to the same plant family as lilies, and is valued for its rhizomes that contain many health benefits. In fact, the plant is a staple in traditional Chinese medicine and has been used for more than 2,000 years. Anemarrhena is characterized by its grass-like leaves and branches and aromatic flowers that bloom at night. The plant is also commonly known as zhi mu. 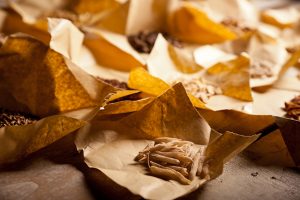 The herb’s rhizome is the only part used in medicine. This part contains various components that play a role in the plant’s efficacy in treating various illnesses. According to the MD Idea website, anemarrhena contains:

Anemarrhena is known to contain cooling properties. Because of this, the herb is traditionally used as a remedy for heat-related conditions such as fevers, hot flashes, intense thirst, and heat in the lungs. According to an Acupuncture Today article, the plant is often used with other herbs such as phellodendron, scrophularia, and Chinese foxglove for optimal results.

Anemarrhena is also found to contain strong antibacterial properties that inhibit a number of pathogens such as Staphylococcus aureus and Bacillus typhi. The herb is also touted to combat dysentery bacillus, paratyphoid bacillus, and E. coli as well as pneumococcus cocci, beta-hemolytic streptococcus, and Candida albicans. Other pathogens addressed by anemarrhena include Bacillus subtilis, Vibrio cholerae, Bacillus proteus, and diphtheria bacillus.

The plant is also remarkably effective in inhibiting tuberculosis-causing bacteria. An entry posted on the MD Idea website notes that both anemarrhena ethanol and ether extracts treated with acetone crude crystals possess strong inhibitory effects against medium cultured human type Mycobacterium tuberculosis. Animal studies have also shown that the plant was able to reduce tuberculosis and lung lesions associated with the disease. Aside from this, the superfood is found to relieve other respiratory illnesses such as dry cough, chronic bronchitis, and pneumonia.

In addition, anemarrhena is touted for its beneficial effects on the body’s blood sugar levels. Various animal studies have demonstrated that plant extracts are highly effective in lowering blood glucose levels and inhibit adipose tissue glucose uptake. Moreover, the herb is found to possess strong anti-tumor properties that show potential in cancer treatment. The plant’s saponins are known to have inhibitory effects against human hepatocellular carcinoma. Likewise, the superfood is shown to effectively combat skin squamous cell carcinoma and cervical cancer.

Furthermore, anemarrhena is valued for its positive effects on the body’s overall blood circulation. The fruits of anemarrhena contain potent saponins that help mitigate platelet aggregation. On the other hand, the niacin found in the superfood is noted to improve the digestive profile and maintain healthy skin and nerves.

The plant is also touted to address other conditions such as:

Anemarrhena is particularly beneficial in strengthening the body’s immunity against pathogens and infections. Likewise, the plant effectively fortifies the respiratory tract and maintains healthy urinary and digestive systems. The herb also promotes healthy blood circulation and improves both skin and nerve condition.

Anemarrhena is often used in combination with other traditional Chinese medicinal herbs — such as BeiMu, Tinglizi, and Huangbo — to treat an array of conditions. Likewise, dried anemarrhena rhizomes can be infused in water as a decoction to address certain illnesses. The rhizomes can also be used as an add-on ingredient to soups. An article posted on MDIdea.com features an interesting fish ball soup recipe that uses anemarrhena.

Anemarrhena benefits both the immune and respiratory systems.