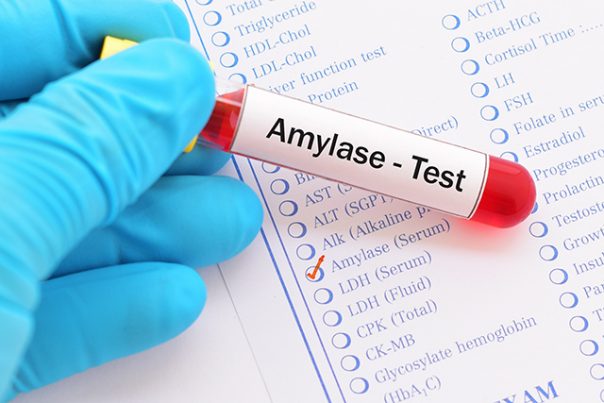 Amylase, also known as malted barley, is an enzyme used to convert starch into sugar. It is present in human saliva, in the pancreas, and salivary glands. It starts up the digestion process and plays an essential role in the conversion of dietary starches into glucose for the body’s energy.

In the culinary industry, it is widely used in making bread as an additive to enhance the conversion of complex sugars into simple sugars, so that yeast can feed on them and produce alcohol and carbon dioxide.

It is also used in the production of beer and liquor. The compound is frequently added in the form of malted barley and applied in the mashing phase. Its function in alcohol production is the same as in the bread-making process. 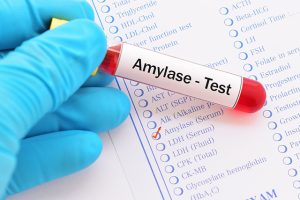 Harmful effects that can be caused by amylase

The harmful effect of amylase is limited to hyperamylasemia or high blood amylase level. It is a condition in which there is an excessive amount of amylase, the pancreatic enzyme, in the blood. Oftentimes, it has no symptoms, unless you have other conditions that may cause you pain, nausea, or vomiting. This condition can be a result of pancreatitis, also known as the inflammation of the pancreas. This causes the amylase and lipase levels to increase up to three times than the normal limit. It can also be caused by tumors, gall bladder inflammation, kidney failure, Endoscopic Retrograde Cholangio-Pancreatography (ERCP), and some medications.

To prevent or reduce the risk of hyperamylasemia, you should avoid alcohol, stay hydrated and have a diet that is low in fat, low in red meat, and high in fiber.

There is not much information on the body systems that amylase can harm, but a study on laboratory mice that were given beta glucanase and alpha-amylase found that there were signs of gastric irritation and a minimal increase in the liver, kidneys, and spleen weights relative to body weight in female rats.

Amylase, is an enzyme used to convert starch into sugar that is present in human saliva, in the pancreas, and salivary glands. It starts up the digestion process. It is used as an additive in the production of bread and alcohol. It can be found in sprouts, nuts, and seeds. Having excessive amounts of amylase in the body will result to a condition known as hyperamylasemia.