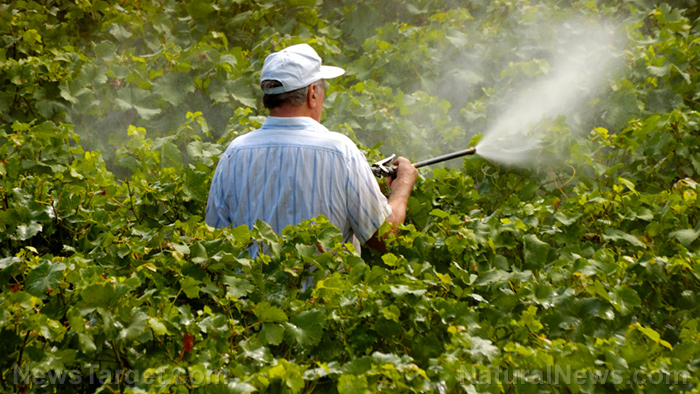 Aldrin is an organochlorine compound that formerly has its uses as a broad-spectrum pesticide. Today, its manufacture, sale, and use is banned in the United States. The Environmental Protection Agency (EPA) instituted a near total ban of the pesticide in October 1974; prior to that, aldrin was imported into the country from Shell International (Holland).

Between 1981 and 1985, an estimated one to 1.5 million pounds of aldrin were imported per year. Aldrin has not been imported into the U.S. since 1985, EPA reported. Other places where aldrin is banned include Bulgaria, Ecuador, Finland, Hungary, Israel, Singapore, Switzerland, and Turkey.

Aldrin is soluble in acetone, ethanol, and ether. When it is heated to the point of eradication, it gives off fumes of hydrogen chloride. 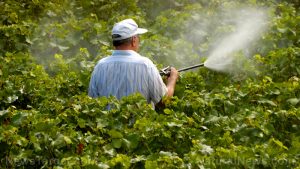 Aldrin can cause skin sensitization. It makes the skin susceptible to sensations of creeping, prickling, or tingling. Upon the first instance of exposure, aldrin can give rise to feelings of nausea and dizziness, and can make a person prone to bouts of headache and vomiting. It also causes a person to lose motor control and to become mentally confused.

Eye, skin, and mucous membrane contact can lead to redness and irritation. In more extreme cases, exposure to aldrin can cause convulsions, seizures, and muscle twitching, which may often lead to a coma. You can die from ingesting aldrin. The lethal dose of aldrin for an adult man is around five grams, equivalent to 83 milligram per kilogram body weight. It is considered a possible carcinogen.

Aldrin is also very toxic to aquatic life. It is also toxic to avian species – toxicity varies in the range of 6.6 mg/kg for bobwhite quail to 520 mg/kg for mallard ducks. Aldrin-treated rice was said to have been the cause of death of passerines, shorebirds, and waterfowls along the Texas Gulf Coast, either by eating the contaminated rice or eating organisms that have been contaminated with aldrin.

Aldrin is bad for the respiratory system. It can cause total breakdown of the body system’s organs.

Aldrin is bad for the central nervous system. It can cause shut down of the whole body system. In 1970, Avar and Czegledi-Janko observed 15 workers involved in aldrin production for one to five years – nine of them had developed electroencephalography (EEG) changes from increased frequency to changes due to convulsions. EEG is a monitoring method that is used to record electrical activities of the brain.

Aldrin is bad for the digestive system. It can induce diarrhea.

Aldrin is bad for the reproductive system. Pregnant women who were exposed to the pesticide were observed to bear babies who have cleft palates. Maternal and fetal body weights also decreased.

Aldrin is bad for the excretory system. It is said to cause liver and biliary cancer.

Items that can contain aldrin

Aldrin is a pesticide. Having said that, when the Food and Drug Administration conducted a marketbasket survey in 1973, the agency found that measurable amounts of aldrin can be found in foods, such as dairy products.

The EPA in 1979 stated that exposure of aldrin in drinking water at a concentration of 0.0046 would raise the possibility of having cancer to 10−6.

How to avoid aldrin

To avoid being accidentally contaminated by aldrin, you might want to check out the labels of the dairy products that you buy and consume. If the ingredients list contain dieldrin, refrain from buying said product, because dieldrin is aldrin’s metabolized form.

Aldrin is bad for the digestive, cardiovascular, reproductive, and excretory systems.

Aldrin can cause skin sensitization.