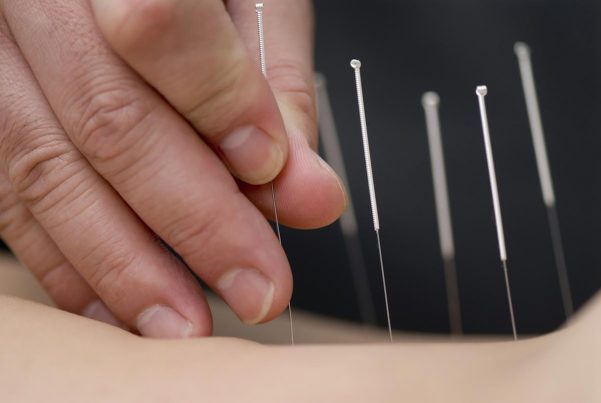 Acupuncture has been practiced in China and other Asian countries for hundreds of millennia now. It involves stimulating specific points on the body by pricking it with thin needles – enough so that they go through the skin – so as to alter some physical functions of the body.

After inserting the needles, the acupuncturist will assess the condition of the patient, offer advice on self-care, and present alternative modes of treatment, such as Chinese herbs. The needles are not supposed to sting, but they may cause a very brief tingling sensation. The needles have to stay in place between five and 30 minutes. A patient would be able to see some positive effects on his condition after his eighth session of acupuncture.

There is also a spinoff technique to acupuncture – it has lately been growing popularity and is called dry needling. It works in the same principle as acupuncture in the sense that both practices entail the sticking of a needle or needles through the skin.

However, that’s where the similarity ends. Acupuncture is an ancient practice that is designed to relieve pain, discomfort, or issues by opening up a person’s energy flow (or chi) while dry needling or “intramuscular stimulation” has only been known during the last 10 decades and is designed to trigger muscles that are irritable or knotted.

The American Medical Association (AMA) and the World Health Organization (WHO) acknowledge acupuncture as a legitimate form of medical treatment. It benefits people who are allergic to pain relievers or any form of painkillers. Some insurance companies even cover the cost of acupuncture treatment.

If you want to find a credible acupuncture practitioner, visit Acufinder.com or look for one in the National Certification Commission for Acupuncture and Oriental Medicine and the American Academy of Medical Acupuncture. 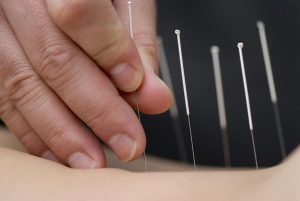 Acupuncture can help relieve pain by enabling your body’s pain-killing chemicals to function more optimally. In 2010, a review of 10 studies showed that acupuncture can be an adequate treatment for knee pain and physical symptoms of osteoarthritis.

Acupuncture also helps eases migraines. In 2012, a review of migraine studies found out that acupuncture was at least, if not more, effective than classic modes of treating a migraine, such as taking pain-relieving medication. Acupuncture has even more benefits than medication in the sense that the former has longer-lasting effects and has fewer side effects.

One study that was done in 2017 reported that regular acupuncture treatments may even help migraine-prone people from getting migraine episodes in the future. Acupuncture can also help relieve neck and lower back pain, sprain and facial pain, tennis elbow, sciatica, dental pain, fibromyalgia (muscle and soft tissue pain), and neuralgia, according to the WHO in a report that they released in 2003.

Acupuncture can also aid in faster post-surgery convalescence, or the time spent in recovery after an operation.

Acupuncture is good for the nervous system. Some experts say it has various positive neurological effects, such as calming moods and providing positive energy. It can also help aid with treating depression, when taken alongside proper medication.

It is also said to condition the mind to turn away from substance, alcohol, and tobacco dependence, and address vascular dementia, which are lapses in planning, judgement, and memory brought on by damage to the brain due to impaired blood flow. It helps patients deal with episodes of Tourette’s.

Acupuncture is good for the circulatory system. It can help regulate blood pressure.

Acupuncture is good for the digestive system. It can help address some gastric conditions, which include peptic ulcer; and dysentery, which is a type of gastoenteritis that results in diarrhea with blood.

Acupuncture is good for the reproductive system. It is said to help mothers bear the pain of giving birth. It can also aid women in bearing painful periods and morning sickness in women who are expecting.

Acupuncture is good for the respiratory system. It lessens the effects and occurrences of allergic rhinitis and pertussis or whooping cough.

Acupuncture is good for the excretory system. It can help treat infections such as urinary tract infection and epidemic hemorrhagic fever, according to the WHO. However, the organization also stipulates that, “Only national health authorities can determine the diseases, symptoms, and conditions for which acupuncture treatment can be recommended.”

Acupuncture can aid in faster post-surgery convalescence, or the time spent in recovery after an operation.

Acupuncture is good for the nervous, circulatory, digestive, reproductive, respiratory, and excretory systems.